THERE is a formula that each team need to follow if they want to win the English Premier League.

First, start with the defence! Forwards might win games but a solid backline wins you the championship. 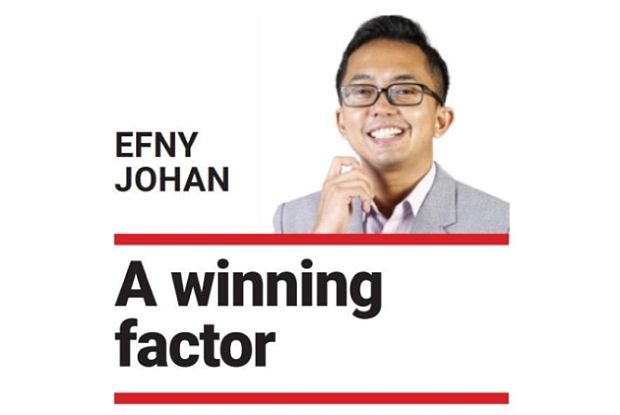 It can come early in the season, like Liverpool in the 2019-2020 season, or from the Christmas fixtures onwards, like Pep Guardiola’s Manchester City in the last few seasons.

Third, you need a statement win against your closest rivals, especially away from home.

Fourth, grinding out a win is crucial even when you are playing badly.

Lastly (fifth), you need to build the BELIEVE attitude or swag that will carry the team to the finish line.

What a victory for the Gunners against one of the closest rivals at Stamford Bridge.

Not only did Arsenal achieve the win (1-0), they also kept a clean sheet.

This squad are tied for the meanest defence in the league, alongside Newcastle.

With a Goal Against (GA) of 11, this defence is one tough nut to crack.

Arsenal could have won by a bigger margin if Gabriel Jesus had found his finishing boots and Martin Odegaard improved on his third final decision.

Arsenal are definitely making the title race attractive with Manchester City. Still, you have to wonder, where is the #ARTETAOUT brigade this year.

City, meanwhile, won against Fulham despite playing with 10 men for most of the game.

Erling Haaland scored from the spot in stoppage time to secure the win but the 100 million dollar question from the game for me is: What is the purpose of Jack Grealish?

Eight games in the league, 550 minutes played and producing only one goal and zero assist.

For the price that City paid, he should be contributing more. Even after winning the league last year, Grealish’s contribution is very minimal to the success of the team.

I would not be surprised if Pep Guardiola decides to cut his losses and sell him in the summer.

Surprisingly, the English media has not written anything about how poor Grealish has been since his transfer.

Liverpool’s Robin Hood adventures continue with a 2-1 win over Tottenham.

Their first away win in the Premier League this season thanks to a brace from Mohamed Salah.

Salah and Darwin Nunez’s decision-making and gameplay were better this week, with both combined for the first goal.

Nunez benefited from Antonio Conte’s tactic by exploiting the space left behind by Emerson Royal in the first half.

The Anfield faithful shall wait to see whether their team are truly back when they play against managerless Southampton next week.

Aston Villa looked slick and smooth at Villa Park and Leon Bailey is a winning factor for the Villains.

Necessary changes for a better M’sia
Reform and restore the glory of Malaysian athletics
Adhere to the Malay Rulers’s call, stop fanning racial and religious hate
A political formula to neutralise hatemongering
How much is that MP in the Dewan?
Post-GE15 challenges and opportunities
Malaysia and the digital economy
Zahid eyeing DPM post
Clearing the cancer doubts before the snip
Let’s give this unity government a good try