When the Warisan Plus government announced that the controversial Papar Dam project would proceed despite objections, Diana Sipail's heart sank.

“My village will be submerged, ” said Diana Sipail, who’s part of the Taskforce Against Kaiduan Dam (TAKAD).

Diana’s village is in Kampung Terian, one of the 13 villages in Penampang and Papar affected by the RM3bil Papar Dam. Her heart sank when the Warisan Plus government announced that the controversial dam would proceed despite objections.

“I don’t want us to face a water shortage in future. Water is still an issue in Papar, and with developments in Kota Kinabalu, the supply would not be enough, ” said the Parti Warisan Sabah president.

The Papar Dam is a hot issue in the Sabah polls, especially among voters living in Penampang and Papar, two districts close to Kota Kinabalu. 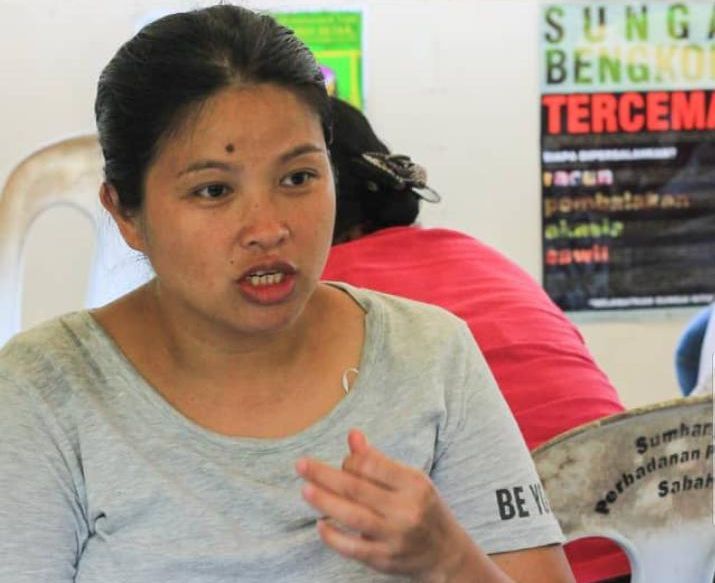 However, Anti-Papar Dam supporters haven’t bought into his argument.

They say it’s the same dam since it flows through the Papar river, and allege the Warisan Plus government merely renamed the dam

Several parties and candidates contesting in the state constituencies in Penampang and Papar have declared their opposition of the Papar Dam.

LDP (Liberal Democratic Party) promised it would halt the mega-project if it won the Sabah polls. PBS (Parti Bersatu Sabah) vice-president Datuk Johnny Mositun declared that he would block it if he secured the new Limbahau seat. Joseph Suleiman, the Sabah STAR/Perikatan Nasional candidate in Moyog, has actively campaigned against the dam.

Diana’s village in Penampang is upstream of the Papar river. There are 25 houses made of bamboo and wood in the village, which is famous for being part of a trekking trail from Inobong substation and found on the Crocker Range National Park.

The Warisan Plus government has insisted that not an inch of Penampang would be affected. That’s why Warisan deputy president Darell Leiking, who is contesting in Moyog, doesn’t oppose the Papar Dam... because it’s in Papar and not in his Penampang parliamentary seat.

“They should visit the area and see the Papar river. Based on projections from experts, our village in Penampang will be affected. Our way of life will be submerged together with our houses, ” retorted the 38-year-old farmer and Pacos Trust volunteer.

Diana explained that her family, who lived for seven generations in the area, would lose their heritage forever. “We rely on the jungle produce we can harvest from our surroundings. If we are displaced, we won’t have the jungle and rivers as our backyard, which is our ancestral land, ” she reasoned.

For example, she said the Rusap Gigiman plant, found along the pristine rivers in the area, is boiled with water and consumed as a tonic. The seven-month pregnant Diana drinks the brew every day because it makes her body “fresh and energetic.”

“Our knowledge of traditional Kadazan medicine will be lost as we won’t be living next to the source of these plants and animals, ” she said.

The anti-Papar Dam activist is wondering why the caretaker Warisan Plus government refuses to consider environmentally sustainable alternatives that won’t cost thousands of people their lives or land. She said there are alternative proposals, including a direct water intake reservoir, which is a cheaper and more practical solution to Sabah’s water woes.

For 12 years, Diana has been fighting the planned construction of the dam on her ancestral land.

Her first thought when she heard that the Sabah government under Barisan wanted to build a dam in her backyard, was of her community facing the same fate as the villagers who were displaced by the Babagon Dam in Penampang. “The villages where the Babagon Dam was located were submerged, ” she said.

She fought the Barisan Nasional government when it proposed the Kaiduan Dam. In GE14, the anti-dam proponents, along with opposition parties including Warisan and DAP, opposed the dam.

“We believed the Warisan leadership (in) that they wanted to stop the dam. We are angry, sad and disappointed as we supported Warisan, and yet it broke its promise, ” she said.

Diana said Takad would campaign against Warisan Plus in the snap polls, just like how it fought against Barisan in GE14.

Will the voice of dissent drown the winning chances of politicians who were against the Kaiduan Dam, but favour the Papar Dam?