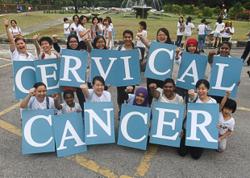 I am a mother of two and facing a great conundrum of raising two teenagers.

My daughter is turning 13 this year, and I am facing a dilemma that require your guidance.

I must admit I often find it uncomfortable discussing sexual matters with them, as I still consider them too young.

Over the last week, my daughter had come home with information packs about human papilloma virus (HPV) vaccination.

She started asking me questions about HPV virus and how do women contract the infection.

I fully appreciate the main aim of the vaccination is the prevention of cervical cancer. However, I am concern it is too early for such protection, and early vaccination will send out the wrong message about the initiation of sex.

In conjunction with International Women's Day, I am hoping to put Dr. G on the spot about this HPV virus.

What exactly is HPV and how are they transmitted?

What is the role of vaccination and what sort of protection will the girls get?

Do I have to worry about the side effects and long-term complications of the vaccines?

Lastly, would the initiation of the vaccine spell the beginning of sexual behaviour?

When the German virologist Dr Harald Hausen published the hypothesis that the human papilloma virus (HPV) was associated with cervical cancer in 1976, the scientific community was dismissive and ignored the pathophysiology of the virus.

More than a decade later, Dr Hausen and his collaborators indeed identified HPV16 and HPV18 to be oncogenic for cervical cancer. This research in 1984 directly made possible the further understanding of pathogenesis of HPV and the development of a vaccine in 2006. Thirty years after the proposal of the link between the virus and the cancer, Dr Hausen received the Nobel Prize in Physiology and Medicine in 2008.

HPV is a form of infection affecting nearly all sexually active individuals at some point in their lives, making this the most common sexually transmitted infection. Such infection is transmissible by contact of the genitalia, mouth and anus. Although 90% of the infection remains asymptomatic and resolve spontaneously within two years, the infection that is persistent often result in warts and pre-cancerous lesions. Nearly all cervical cancer is due to HPV, namely HPV16 and HPV18. The infection increases the risk of genital warts and cancers of penis, vulva, vagina, anus, mouth and throat.

HPV vaccines offer protection against nine subtypes of the viruses responsible for most genital warts and HPV related cancer. This has been available for sexually naïve children from the ages of nine to 13. Despite the World Health Organization announcing the vaccine listed as the Essential Medicine needed in a healthcare system, there are still cultural stigma and ethical concerns surrounding the treatment. Some quarters expressed concerns that vaccination indirectly encourages early onset of sexual intercourse, adding that an emphasis on abstinence would be a better mode of protection. In fact, such illogical mindset has seen many children being withdrawn from the vaccination programme, putting them at risk of cancer progression.

From the epidemiological perspective, widespread adoption of universal vaccination against HPV is crucial in generating the herd immunity to fight the infection. Apart from the necessity of protecting the children before the initiation of sex, the targeted aged of nine to 14 year-old girls (and boys) for vaccination is vital as the antibody generated appear to be highest at this age group.

To date, there has been no report of fatality from the vaccine and the relative trivial side effects such as minor pain, seems to be worth the almost 100% effectiveness in the prevention of the oncogenic progression. Therefore, the universal parental support and acceptance of the vaccine is the only hope to eliminate this potentially deadly infection.

In conjunction with International Women's Day (IWD) today, I draw a quote from Maya Angelou, arguably one of the most prominent women of the 21st century. "Prejudice is a burden that confuses the past, threatens the future and renders the present inaccessible."

Worldwide, HPV infection is responsible for more than half a million cases of cancer, and the vast majority of the victims being women. An estimated 569,000 new cases of cervical cancers were reported in 2018, and 311,000 fatality from the disease. Nearly 85% of these cancers occurred in low and middle-income nations. Dr. G is often put on the spot by confused parents with prejudiced thoughts and stigma of sex, potentially declining the crucial protection of their children from sexually transmitted infection and cancer. The IWD 2020 campaign theme is #eachforequal to fight bias and improve situation for women. With one landmark scientific advancement, potentially eliminating cervical cancer within one generation, the only paradigm shift to make #eachforequal for women from the curse of this deadly disease is to empower women with protection even before the onset of sex! On that note, Happy International Women's Day! 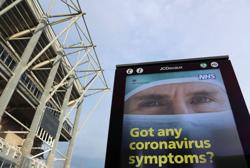