Music to move Malaysians for 'M for Malaysia'

IT can't be denied that once in a while, we find a work of art that just resonates with us. It can be a painting, a sculpture, a movie or yes, music.

I had an experience like this at the end of August when Rendra Zawawi and Yuna released the lyric video for "Bermula Kita", the theme for the upcoming documentary "M for Malaysia".

This in turn prompted me to get in touch with Rendra to understand the process behind composing this theme, which he admits is an uncommon element for a documentary to have.

And I'll say at this point that if his name sounds familiar - especially to fans of local music or cinema - it's because Rendra was half of the duo behind the Golden Horse Film Awards-winning Zee Avi hit "Arena Cahaya" from Ola Bola in 2016.

As always with these interviews, I began by asking Rendra how he got involved in the whole "M For Malaysia" project, and he said it began with the directors of the documentary on the 14th General Election - Ineza Roussille and Dian Lee - wanting the film to have an official theme song that would summarise the essence of the documentary.

"When I was approached with the idea of composing a theme song for a documentary feature, I was a little surprised since it is a little uncommon to have a theme song for a documentary. But after watching the raw unedited cut, I was convinced that the essence and message of the film were substantial, and would require unconventional means to achieve its true purpose," said Rendra.

He added that collaborating with the directors and Yuna on the project was also a way for Malaysians living overseas to contribute to the country through music, as both currently live in Los Angeles.

" I think both Yuna and I were really thrilled to be a part of 'Bermula Kita' - seeing how both of us are Malaysians living abroad (Los Angeles), it was a way for us to give back to the country via our musicality. And I daresay we did a great job with it," he said.

I then asked him what elements of Malaysian music were weaved into both "Bermula Kita" and the "M for Malaysia" soundtrack, and was surprised to find that he drew from Negaraku when scoring the documentary and composing the theme.

"The score I did for film was inspired by our national anthem Negaraku, which you'll hear it throughout the film. So you can say 'Bermula Kita' is a two-step transmutation of our national anthem, which is a great spin. As far as the lyrical content goes, we needed it to reflect a relatable theme that people were experiencing during the election day. For that, we believed it was a sense of 'newness' for everyone - a change that starts from within, regardless of your background or affiliations," he said.

"The musical idea behind 'Bermula Kita' was for it to be a simple pop tune delivered with a touch of a lush orchestral, underneath a powerful lyrical content that was not too 'in your face'. We wanted the theme song to have a sort of relation to the score of the film - a sort of a sibling effect," he added.

As for what it was like to work with Yuna, Rendra said that it was "great" as both of them are used to the professional, high pace of work in Los Angeles.

"Any meetings for collaboration work were always effective and productive. I think it's really important to write a song that will sit comfortably with the artist you're writing for," he said.

Rendra also shared what the creative process was like when working with both Yuna and the Malaysian Philharmonic Youth Orchestra on Bermula Kita, saying that it began with a phone conversation with Yuna to determine the general direction of the song, adding that the conversation gave him a good start with which to draw the building blocks for the completed score.

"We then met up twice to finetune arrangements. Once we had that, I went back and did a full mock-up of the whole song with complete string arrangements, which I then passed on to Yuna to record her vocals. Once that was done, the final step was to record the Malaysian Philharmonic Youth Orchestra live at the Malaysian Philharmonic Orchestra (MPO) hall. For this, I enlisted the help of another Malaysian in Los Angeles - producer and mix engineer Alvin Wee - to help come in and implement proprietary mic-ing techniques to capture the beautiful sound of the MPO hall, " he said.

He added that the orchestration of "Bermula Kita" was done by another member of the Malaysian musical diaspora in Los Angeles, Danita Ng-Poss along with Jason Poss who "brilliantly translated my musical ideas into this lush sound, played amazingly by the MPYO. The song was craftfully mixed by Alvin Wee and mastered by Jett Galindo from Bakery Mastering.

As for challenges in composing the "M for Malaysia" score and "Bermula Kita", Rendra said that it was to find the right vibe, tone and balance for the song.

"It just needed to be in this specific pocket - where you have a simple pop sounding tune sung by an international artist, hovering and threading lightly on top of this 56 piece orchestra. Most people tend to think that this usually takes place in the mixing stage - which Alvin Wee did an amazing job by the way - but I think it trails all the way to the writing process too, " said Rendra.

"I think by envisioning the end result and reverse engineering the process helped me quite a bit in figuring the right ingredients for the song. Something like cooking I guess," he added.

And with this, is Rendra back for good? I pit that question to him, and as it turns out he's still dividing his time between the US and Malaysia as he works on projects on both sides of the Pacific.

" I am back in Malaysia for a few months to work on some new projects, apart from attending the premiere of the film. I'll be heading back to LA after this for a different project, and then hopefully back again in Malaysia for another! It seems I travel to where work is at the moment," he said. 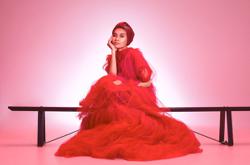 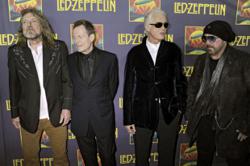