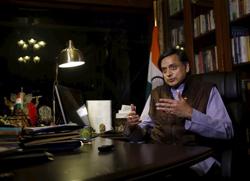 LUCKNOW, India (Reuters) - A coalition led by Prime Minister Narendra Modi's party was set to lose power in Bihar, the third most populous state in India, after its partner pulled out on Tuesday to start alliance talks with the opposition.

Bihar sends the fourth most number of elected lawmakers to parliament and is considered politically very important in the Hindi-speaking belt of the country.

The downfall of the coalition comes ahead of the 2024 general election which Modi's Bharatiya Janata Party (BJP) is still expected to win for a third straight term, unless disparate opposition parties come together to give him a fight.

Bihar Chief Minister Nitish Kumar, from the regional Janata Dal (United) party, told reporters he resigned after elected representatives of his party recommended exiting the BJP coalition. He did not say why.

Kumar later met leaders of the main opposition party in Bihar, the Rashtriya Janata Dal, which has the most number of seats in the state assembly. Some other opposition parties have also promised support to Kumar to form a new government.

The BJP said Kumar had betrayed it and the people of Bihar, after having together won the last state election in 2020.

The BJP coalition won 39 out of the 40 parliamentary seats in Bihar in the 2019 general election, helping Modi win one of the biggest mandates in India in decades. 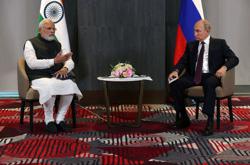