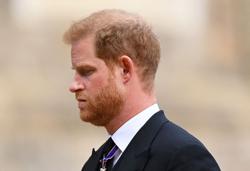 A file picture of James Lovelock posing with one of his early inventions, a homemade Gas Chromatography device, used for measuring gas and molecules present in the atmosphere. Photo: AP

LONDON: Influential British scientist James Lovelock, famed for his Gaia hypothesis and pioneering work on climate change, has died at the age of 103, his family announced Wednesday (July 27).

The legendary scientist's family said in a statement that Lovelock died on Tuesday (July 26) on his 103rd birthday as the result of complications from a fall.

"To the world, he was best known as a scientific pioneer, climate prophet and conceiver of the Gaia theory," it said, noting he was also a "loving husband and wonderful father with a boundless sense of curiosity".

Responding to the news, Mary Archer, chair of the Science Museum Group's board of trustees, described him as "arguably the most important independent scientist of the last century".

"Jim Lovelock was decades ahead of his time in thinking about the Earth and climate and his unique approach was an inspiration for many," she added in a statement.

In the 1970s, Lovelock came up with the Gaia hypothesis that Earth is a single, self-regulating super-organism made up of all its life forms, which humans are destroying.

The notion was at first ridiculed by his peers but helped to redefine how science perceives the relationship between our inanimate planet and the life it hosts.

Lovelock also became known as a prophet of climate doom.

With his 2006 book "The Revenge of Gaia", he issued a terrifying warning: if humankind failed to radically curtail greenhouse-gas emissions, there would, quite literally, be hell to pay.

Pixie-like and unfailingly polite, Lovelock spent much of his career as a self-described "independent scientist", but the price for freedom was a lack of institutional backing.

Lovelock's ideas were often at odds with conventional wisdom, ahead of their time or, in the case of climate change, unbearably grim.

In a 2020 interview with AFP, he warned that the world had lost perspective in responding to the coronavirus, and should focus on a far more formidable foe - global warming.

"Climate change is more dangerous to life on Earth than almost any conceivable disease," he said.

"If we don't do something about it, we will find ourselves removed from the planet."

Born in 1919, Lovelock grew up in south London between the two World Wars, and studied chemistry, medicine and biophysics in the UK and the US.

As his brilliance emerged, he was quickly drafted by Britain's National Institute for Medical Research, where he worked for 20 years.

In the 1950s, he invented the machine used to detect the hole in the ozone layer.

In the early 1960s, NASA lured him to California to investigate possible life on Mars.

With another NASA scientist, he analysed the atmosphere on the planet, looking for a chemical imbalance and gases reacting with each other, which would hint at life.

They found nothing, putting a dampener on hopes of finding life on Mars.

Scientists now think that Earth's nearest neighbour may once have been warm and wet and possibly have supported microbial life. 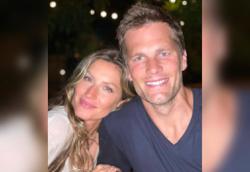