By Elizabeth Pineau and Ingrid Melander A general view shows the hemicycle during the opening session of the National Assembly in Paris, France, June 28, 2022. REUTERS/Sarah Meyssonnier

PARIS (Reuters) - France's most fragmented parliament in decades sat for the first time on Tuesday, as President Emmanuel Macron faced the prospect of having to negotiate each reform with opposition parties who will be looking to flex their newly won influence.

Macron, who was re-elected president in April, lost control of parliament in legislative elections this month - meaning it is no longer a rubber stamp for the government's plans.

With no tradition of coalitions or minority government, unlike most of France's European neighbours, the most likely scenario is, for now, case-by-case negotiations on reforms, after opposition groups rejected any prospect of a deal.

"We will have to be able to build majorities text by text, case by case, beyond partisan divisions," Pieyre-Alexandre Anglade, from Macron's centrist Renaissance party told Reuters as lawmakers started gathering in the National Assembly.

"Most European countries manage to work beyond divisions, either through compromises or through coalitions ... There is no reason we couldn't do that in France."

Opposition lawmakers made clear they would not roll over easily.

"The previous ... term, which was that of an all-powerful government and a parliament that just rubber-stamped things is over," said Adrien Quatennens, of the hard-left La France Insoumise.

Socialist MP Boris Vallaud said it was up to the government to do things differently than in the past and take the opposition's proposals on board, if it wants reforms to be adopted.

"We've made proposals on the cost of living. Are they ready to back them?" he told Reuters.

The session was chaired, as per tradition, by the assembly's eldest member who, for the first time, was a far-right lawmaker, 79-year old Jose Gonzalez from Marine Le Pen's National Rally.

"We hope to work with the governement in a constructive way," he said.

Lawmakers started voting on who will chair the National Assembly.

It will likely be its first female president, with Yael Braun-Pivet, from Macron's party, looking set to win in later rounds, when the number of votes required to win moves from outright majority to simply having more votes than others.

A bigger fight will be on Thursday over who will chair the assembly's finance committee, the assembly's most powerful panel, tasked with controling the state's accounts.

It traditionally goes to the biggest opposition group, which both the National Rally (RN) and the left-wing Nupes alliance say they are. The RN is the biggest single opposition party, while Nupes are the biggest alliance. 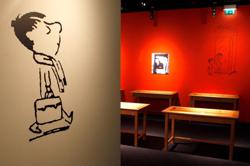