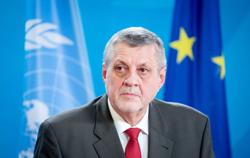 UNITED NATIONS (Reuters) -Outgoing United Nations Libya mediator Jan Kubis warned on Wednesday that not holding planned elections in the country could "greatly deteriorate" the situation and lead to further division and conflict.

"While risks associated with the ongoing political polarization around the elections are evident and present, not holding the elections could greatly deteriorate the situation in the country and could lead to further division and conflict," Kubis told the 15-member U.N. Security Council.

Disputes over the election rules, including the validity of a law issued by the parliament speaker in September, and over the eligibility of some candidates, threaten to derail the vote.

"Judiciary has the final word regarding the objections raised about the process as well as some presidential candidates. Their verdict must be respected," Kubis said.

Libya descended into chaos after the NATO-backed overthrow of longtime autocrat Muammar Gaddafi in 2011. In October last year, the two major sides in Libya's war - the internationally recognized Government of National Accord and Khalifa Haftar's eastern-based Libyan National Army - agreed a ceasefire.

A U.N. spokesman said on Tuesday that Kubis was stepping down, less than a year after he took up the role.

Kubis told the council that he tendered his resignation on Nov. 17 and that U.N. Secretary-General Antonio Guterres accepted it and said it would be effective Dec. 10. Kubis, who has been based in Geneva, said there was a need for the head of the U.N. political mission to be based in Libya's capital Tripoli and he resigned to "to create conditions for this".

Kubis said he was ready "to continue as the special envoy for a transitional period and that in my opinion should cover the electoral period to ensure business continuity, provided that it is a feasible option". 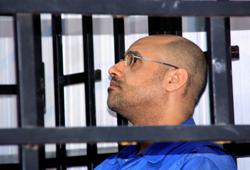