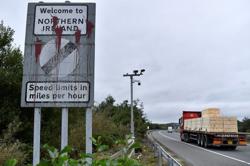 DUBLIN (Reuters) -The European Commission will on Wednesday propose the removal of the vast majority of post-Brexit checks on food from Britain to Northern Ireland and a significant reduction in customs controls, Ireland's foreign minister said.

The Commission will put to Britain later on Wednesday a package of measures to ease the transit of goods into the British-run region that been hindered by the barriers introduced under the Northern Ireland protocol.

The sanitary and phytosanitary (SPS) checks required for British goods destined for Northern Ireland and staying there would be dropped if proper sharing of data and labelling was introduced, Simon Coveney told Irish national broadcaster RTE, citing the proposals.

Coveney also said the EU proposals would make it "crystal clear" that there would be no barriers to medicines coming into Northern Ireland from Britain and that the Brussels would effectively change EU law to solve this problem.

Customs controls would also be significantly reduced for goods that traders can show are staying in Northern Ireland, he added.

The special arrangement for Northern Ireland, set out in the protocol, left it inside the EU single market for goods when the rest of the UK departed, meaning it follows the rules of the bloc, in particular for animal products such as meat and dairy.

"This is a major intervention by the European Commission and a very genuine effort to try to resolve the concerns that many people in Northern Ireland have expressed," Coveney said. 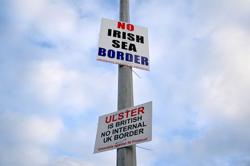 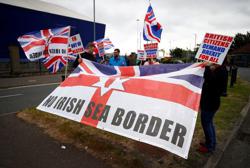