FILE PHOTO: Polish soldiers build a fence on the border between Poland and Belarus near the village of Nomiki, Poland August 26, 2021. REUTERS/Kacper Pempel/File Photo

WARSAW (Reuters) - The Polish government will ask the president to extend a state of emergency on the Belarus border by 60 days, a spokesman said on Tuesday, due to a surge in migration that Warsaw blames on Belarusian President Alexander Lukashenko.

Poland and fellow European Union states Lithuania and Latvia have reported sharp increases in migrants from countries such as Afghanistan and Iraq trying to cross their borders, in what Brussels and Warsaw say is a form of hybrid warfare designed to put pressure on the bloc over sanctions it imposed on Minsk.

"The Council of Ministers decided to ask President Andrzej Duda to extend the state of emergency for another 60 days ... the situation on the Polish-Belarusian border is still very difficult," Piotr Muller told a news conference.

Earlier on Tuesday President Duda's spokesman, Blazej Spychalski, told state run news agency PAP that the head of state would make a decision on the issue by Friday.

Poland declared the emergency at the start of September, but the nationalist government has faced criticism from human rights advocates over its treatment of migrants at the frontier.

On Monday, Poland's interior minister Mariusz Kaminski said material related to Islamist extremism had been found on the phones of migrants crossing its border. 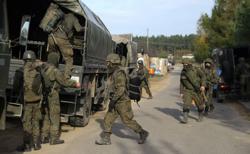 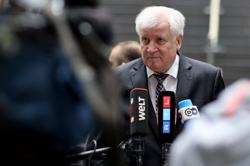