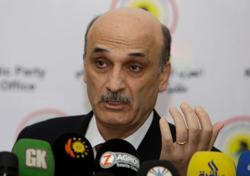 FILE PHOTO: A statue of Lebanon's assassinated former prime minister Rafik al-Hariri is seen near the site of the suicide bombing that killed him in 2005, during the 16th anniversary of his assassination, in Beirut, Lebanon February 14, 2021. REUTERS/Aziz Taher

THE HAGUE (Reuters) - The Special Tribunal for Lebanon said on Monday it has secured enough funding to hear the appeal of its main case, centering on the 2005 assassination of Prime Minister Rafik Hariri, which will start Oct. 4.

Three months ago the United Nations-backed international tribunal, located near The Hague, had said it expected to run out of money and would be forced to close its doors.

"We have funding to proceed with appeals in the main case," tribunal spokesperson Wajed Ramadan said Monday.

Last year judges convicted Salim Jamil Ayyash, a former member of the Shi'ite movement Hezbollah, in absentia for the bombing that killed veteran Sunni Muslim politician Hariri and 21 others. Prosecutors are seeking the conviction on appeal of two additional suspects who were acquitted, also in absentia.

Spokesperson Ramadan declined comment on the source of its recent funding.

The Lebanon tribunal was created by a 2007 U.N. Security Council resolution. Its 2020 budget was 55 million euros ($67 million). The court said in June the 2021 budget had been cut by nearly 40% but it still struggled to get contributions.

Until 2020 the tribunal had been funded 51% by voluntary contributions and 49% by the Lebanese government. Lebanon has been going though an economic meltdown this year. 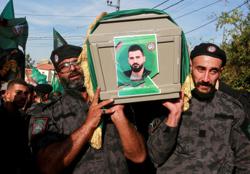 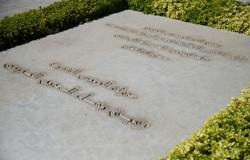