By Dawit Endeshaw and Giulia Paravicini 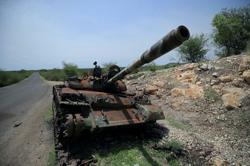 ADDIS ABABA (Reuters) - The government of Ethiopia's Somali region on Tuesday accused militia from the neighbouring Afar region of killing hundreds of civilians in an attack.

The Somali regional government's spokesperson Ali Bedel told Reuters that an armed militia from the Afar region carried out a "massacre" on Saturday in an area known as both Gedamaytu and Gabraiisa. The area is one of several contested ones along the border between the Somali and Afar regions.

Two senior officials from the Somali government also confirmed the attack, speaking on condition of anonymity. They did not give a specific casualty toll.

Reuters was unable to independently confirm details of the attack. One official said the government had dispatched health officials to the area to help the "high number" of injured people.