FILE PHOTO: A 3D-printed Twitter logo is pictured in front of a displayed Russian flag in this illustration taken March 10, 2021. REUTERS/Dado Ruvic/Illustration

MOSCOW (Reuters) - Russia's state communications regulator said on Monday it would extend its move to slow down Twitter until May 15, but that the U.S. social media company was deleting content banned in Russia at a faster rate than it had been.

Russia said on March 10 that it was slowing down the speed of Twitter in retaliation for what it described as a failure to remove banned content, threatening to block the U.S. platform outright if it did not comply with its deletion demands. 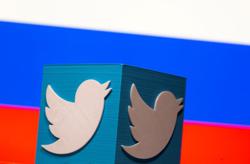