Sorghum imported from the United States is unloaded at a port in Nantong, Jiangsu province. - China Daily

BEIJING (China Daily/ANN): China's agricultural imports from the United States more than doubled in value during the first quarter of this year on a yearly basis, as the Sino-US phase-one trade deal has been gradually fulfilled despite the Covid-19 outbreak, customs data showed on Tuesday (April 14).

Since the first phase of the Sino-US trade agreement, signed in mid-January, has been gradually implemented, there have been some "positive factors" in the economic and trade ties between the two countries, Li Kuiwen, spokesman of the General Administration of Customs, said during a media conference.

In the first quarter, the country's imports of US agricultural products amounted to 35.56 billion yuan (US$5.04 billion), an increase of 1.1 times on a yearly basis, customs data showed.

Specifically, soybean imports rose two-fold to 7.81 million metric tonnes, pork imports by more than six-fold to 168,000 tonnes and cotton imports by 43.5 per cent to 124,000 tonnes, according to the data.

Despite a pickup in agricultural imports, the country's total imports from the US decreased 1.3 per cent year-on-year to 191.46 billion yuan, the data showed.

Li said it should also be noted that China's exports to the US declined in the first three months, partly due to the impact of the novel coronavirus outbreak and the extension of the Spring Festival holiday this year.

China's exports to the US shrank 23.6 per cent year-on-year in value terms to 476.55 billion yuan between January and March, Li said, citing the customs data.

The world's two largest economies inked their phase-one trade pact on Jan 15, after year-long negotiations. Based on the deal, China will ensure it purchases and imports manufactured goods, agricultural goods and energy products from the US.

As the Covid-19 epidemic has disrupted the global economic and trade orders, there have been concerns about whether the agreement can be fulfilled.

Xu Hongcai, deputy director of the economic policy committee at the China Association of Policy Science, said the Covid-19 outbreak can be an opportunity for China and the US to strengthen trade cooperation.

"It is necessary not only to create conditions to implement the first-phase of the economic and trade deal, but also to expand trade especially in medical devices, medicinal materials, equipment and to cooperate in vaccine research and development," Xu said.

More importantly, the two countries can boost the scale of bilateral trade, as the contagion interrupted the supply chain in the early stages of the outbreak, he said.

Cui Fan, a professor at the University of International Business and Economics in Beijing, said that China and the US should enhance consultation and dialogue to minimise the contagion's impact on the implementation of the agreement.

Cui said it's likely that the Covid-19 epidemic would create more uncertainties, so the two countries need to enhance their communication on relevant issues. - China Daily/Asia News Network 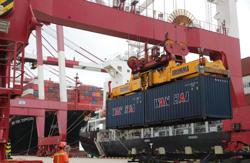