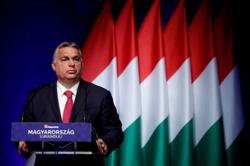 Labourers gathering outside Indonesia's parliament building as they take part during a protest against government plans to change restrictive labour regulations through so-called "Omnibus Laws" in Jakarta, Indonesia, on Tuesday (Jan 20). - Reuters

JAKARTA: Indonesian labour unions threatened to step up protests and strike against a government plan to press ahead with a reform package that includes a controversial overhaul of the nation’s job law.

Thousands of protesters hit the streets in Jakarta on Monday and Tuesday (Jan 20) amid heavy rain to rally against a new job bill, well short of the tens of thousands expected by organisers. Undaunted, union leaders said there would be further protests and strikes across the country.

With economic growth hovering around the 5% mark, President Joko Widodo has put passing the omnibus bill on job creation that aims to boost investment at the centre of his second term agenda.

But the legislation, which would simplify permit processes for investors as well as overhaul key parts of Indonesia’s decades old labour law has also attracted the ire of employee unions.

"The government wants to build a heaven for businessmen, but they don’t realize that it will bring the hell for workers,” Muchtar Pakpahan, the leader of the Indonesian Workers Welfare Union, told lawmakers during a hearing in the parliament on Monday. The new law would pave the way for all sectors to import unskilled foreign labor, he said, warning of the possibility of a flood of unskilled workers from China.

Widodo, commonly known as Jokowi, had pledged to deliver to parliament the job bill in the first 100 days of his second term. Instead, finalization of the legislation has been delayed several times, raising questions over whether the version that’s eventually put to lawmakers will go far enough to boost investment or if it will be diluted to appease workers.

The numbers that showed up to protest on Monday would be unlikely to worry the president, who won a landslide victory in the presidential election held in April last year. He has assembled a grand coalition that now includes most of the parties with seats in the parliament.

Under the omnibus bill, 79 laws comprising more than 1,200 clauses will be revised as part of an effort to streamline licensing and make it easier to do business in Indonesia. The bill will also revise restrictions on foreign ownership, relax working visa rules for certain sectors and create incentives for downstream mining activities.

Jokowi sees the omnibus bill as necessary to make Indonesia more competitive in attracting investment that has otherwise been flowing into neighboring countries. But the president also must balance the interests of both businesses and labour unions, as well as politicians worried about how the controversial reform would play out among voters. - Bloomberg
Article type: metered
User Type: anonymous web
User Status:
Campaign ID: -1
Cxense type: NA
User access status: 3
Join our Telegram channel to get our Evening Alerts and breaking news highlights