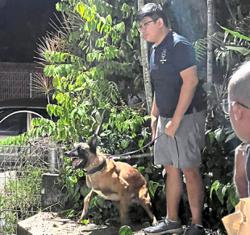 He said officers from Hang Tuah Jaya Municipal Council (MPHTJ) had seized the one-month-old puppy from Tan Kai Fern on Jan 8 for not having a licence.

"However, the puppy was not with the council when the owner went to collect her pet and make arrangements to get a licence for the dog on Jan 10.

"An MPHTJ officer told Tan her puppy was no longer with them," Khoo claimed on Friday (Jan 20).

Khoo said Tan was told by the officer that the puppy had died in their custody and was buried.

"The officer told Tan to bring along a hoe to dig up the carcass from the burial site.

"But the officer refused to entertain Tan and her relatives when they went to the MPHTJ store at Taman Tasik Utama the next day," he said.

Khoo claimed that the officer was also rude.

He said Ayer Keroh assemblyman Kerk Chee Yee and Kota Laksamana assemblyman Low Chee Leong made several attempts to get answers about the missing puppy or locate the carcass but to no avail.

"Even the assemblymen's requests were not entertained," he said.

"It has already been weeks and no one can provide an answer on the fate of the puppy.

"It would be a great Chinese New Year gift to Tan if (she gets answers)," he added.

MPHTJ president Datuk Shadan Othman said that the council had only carried out their responsibility according to the law when confiscating the puppy.

He said the council had the onus to act on complaints if many dogs are kept at a house.

He said MPHTJ had confiscated two puppies without licences from the owner.

"One of the puppies was returned to the owner but the other died," he said.

Shadan said the owner's house compound was covered with animal excrement when his team was there. 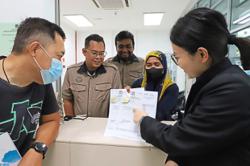