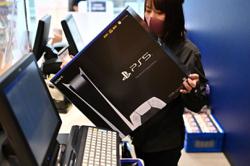 KUALA LUMPUR: Over 200 police reports have been lodged since August against the Zuttelo investment scam.

Checks by Bukit Aman revealed losses of over RM84.57mil have been reported so far.

“We have received 220 reports nationwide involving RM84,579,831.76 in losses since August. The case is being investigated as cheating under Section 420 of the Penal Code,” she said in a statement yesterday.

She said based on investigations, the syndicate had begun collecting investments from 2020 before its company website went offline in August.

“Our checks showed that the investment scheme offered nine investment packages ranging from US$630 to US$12,700 (about RM2,800 to RM55,880) for each investment and investors were promised at least 16.5% of profits monthly.

“Interested parties were made to register via an app through the www.8liga.net link and were given the option to either invest in money or cryptocurrency,” she said.

DCP Norsiah urged the public to be cautious and conduct thorough checks via official channels such as the police’s Semak Mule, Bank Negara’s Alert List and the Securities Commission before making a decision to invest in any scheme.

Several NGOs have urged the authorities to come down hard on the syndicate, which has caused over 10,000 victims to lose billions in life savings.

It called on the police to take swift and stern action against the culprits.

According to its estimates, more than 10,000 victims have lost over RM3bil to the syndicate.

He said at first the syndicate had gone by one name and targeted Malaysian-Chinese victims but has since stopped its activities under that handle and is now going under a different name, Solaris, and targeting Malay and Malaysian-Indian victims.