Making social media safer for all

On the job: Fahmi speaking at a press conference after a Cabinet meeting in Putrajaya. — Bernama

PUTRAJAYA: Over 1,000 videos related to the 15th General Election that were deemed extreme and provocative were taken down by TikTok, says the Communications and Digital Minister.

Fahmi Fadzil said that through a meeting held with the platform’s operator recently, the videos were blocked automatically using its artificial intelligence (AI) system.

He added that the ministry would work with TikTok and other social media platforms to ensure that content posted there did not touch on the 3Rs (royalty, religion and race).

“Before the polling date, between Nov 12 and 18, a total of 857 videos were automatically blocked while on Nov 19 (polling day), another 130 videos were taken down.

“Meanwhile, post-GE15 saw a total of 1,126 videos being blocked by TikTok using its automated system,” he told reporters here yesterday.

Fahmi said his ministry had started a process to strengthen cooperation between the government and social media platforms.

“Social media operators not only need to follow the law but must also be responsive to requests made by the authorities with regards to provocative content.

“I have also requested that the ministry study existing laws and evaluate the relevant measures needed,” he added.

Fahmi said the ministry held a meeting with TikTok on Monday over concerns about the circulation of misinformation and extremist content.

Asked about allegations that some political parties paid content creators to disseminate their political narratives on social media, he said the ministry would also look into laws pertaining to it.

“We need to do more to make sure this (social media) ecosystem is much better regulated in the future.

“We are looking at existing laws to see how we can strengthen them without compromising our commitment to the freedom of speech,” Fahmi said, adding that the government drew the line at fake news and content with extremism, hate speech or violence.

“We started with TikTok because we saw the May 13 provocative videos on its platform.

“We are also reaching out to Meta (the parent company of Facebook, WhatsApp and Instagram),” he said.

“The task force oversees fake news posts that are deemed to have a negative impact on politics, the economy, society, religion or culture.

“The task force receives information from the ministry and relevant agencies, which will then (be used to) educate the public,” he said.

Meanwhile, Fahmi also said Digital Nasional Bhd (DNB) had continued with the development of 5G networks in the country involving a total of 2,715 pieces of infrastructure work as of Oct 31.

He said the completed infrastructure offered 36% population coverage in Malaysia, including Sabah and Sarawak.

He added that following the Cabinet meeting yesterday, the Prime Minister had told the Communications and Digital Ministry and the Finance Ministry to evaluate the 5G rollout under DNB.

“A meeting between the Finance Ministry and my ministry will be held soon to study, evaluate and exchange opinions on the measures that can be implemented on the 5G rollout,” said Fahmi.

He said he expected that the matter would be concluded within the next few weeks and no further delays should take place.

“The concerns were valid, especially about the lateness of the rollout. At the same time, we’re worried about the cost and other concerns related to that, but it would be premature for me to say more.

“Suffice it to say that we are starting the process today and we will look into this matter very quickly and seriously, which is not only technical but also legal,” Fahmi added.

DNB, which is responsible for rolling out 5G infrastructure in Malaysia using the single wholesale network model, is under the purview of the Finance Ministry. 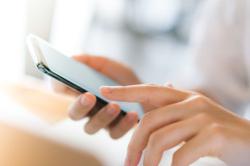