‘Law wasn’t made by PAS’

He reiterated the state’s stance on prohibiting hair salons from providing services to both men and women on the same premises.

“This is not a new law made by PAS but an existing licensing regulation under the local government,” he said.

However, he added that businesses run by non-Muslims would be dealt with accordingly.

“Every local government has its own set of licensing rules for hair salons; the mayor or council chiefs have discretionary rights,” Alias told Sin Chew Daily after attending the state assembly here on Thursday.

The daily also listed the requirements and penalties imposed on those who violate the regulation in various districts in the state.

In Dungun and Kuala Terengganu, hairdressers can only provide services to customers of the same gender. In Kemaman, a separate room must be allocated for female customers at any hair salon.

In Hulu Terengganu, male and female customers cannot simultaneously be seen inside the premises. Those who violate the law can be fined RM500 or RM1,000, or have their licence suspended.

The new sections are related to witchcraft and black magic, women acting as men, pregnancy and sodomy.

This was to ensure Muslim patients would not seek alternative treatments that are in conflict with the syariah law, he said.

He also noted that one of the new sections has banned the behaviour of “tomboys”.

“This was not a big issue before, but now, the number of women acting like men is rising, and the state government hopes to put a stop to this,” he added.

Before this, there was only a regulation banning men from acting like women. 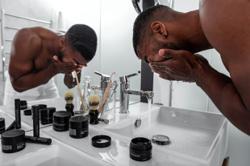 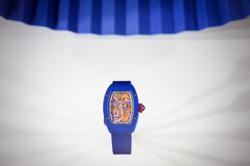