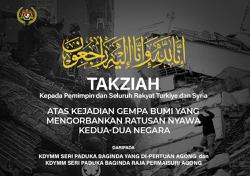 Before the meeting started at 11am yesterday, Tuanku Muhriz took the salute at a Grand Guard of Honour mounted by the First Battalion of the Royal Malay Regiment at the Palace’s Main Square.

Tuanku Muhriz later planted a tree at the compound of the Istana Negara to symbolise his chairing of the meeting.

The Grand Guard of Honour and the tree-planting ceremony were mooted by Sultan Abdullah and had never been held prior to His Majesty’s appointment as the 16th Yang di-Pertuan Agong. Green vision: Sultan Abdullah watering the tree planted by Tuanku Muhriz (right) at the compound of the Istana Negara in Kuala Lumpur. — Bernama

The Grand Guard of Honour was held for the first time at the 254th edition of the meeting, while the tree planting initiative was introduced at the 255th meeting.

The last meeting, chaired by the Raja of Perlis Tuanku Syed Sirajuddin Putra Jamalullail, was held in June. 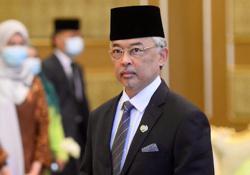