PETALING JAYA: Party leaders in the unity government have overcome major hurdles in discussions concerning the formation of the latest cabinet, and an announcement by the Prime Minister can be expected soon, according to sources.

A party source said another meeting involving party heads in the current government has been completed and an announcement could be expected as soon as Thursday (Dec 1), or the next few days.

Among the major issues that were discussed was the appointment of important positions, such as the Home Minister, the Communications and Multimedia Minister and the Finance Minister, which has been settled.

Earlier Wednesday (Nov 30), other party sources indicated that the meeting with the Prime Minister would be held in the evening (Nov 30), as Anwar will be balancing demands made by party presidents.

“Anwar has to balance the unity government. So, it’s difficult to say who will be appointed at the moment,” said the source briefly.

“If it all goes well, then it will be announced Thursday (Dec 1), but if there is a need to iron out more issues, then the day after,” the source added.

Asked if the meeting on Wednesday (Nov 30) night would be a formal dinner, the source said that negotiations are intense at the moment.

“It could get rough,” the source added.

The source also did not disclose where the meeting on Wednesday (Nov 30) night would take place. 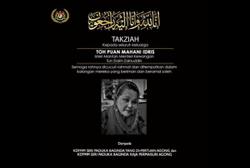