Anwar, said Muhyiddin, could show that he had enough support through statutory declarations (SDs) to address the legitimacy of his appointment by the King.

In a press conference at the coalition’s headquarters here yesterday, Muhyiddin claimed to have the support of 115 MPs, including 10 from Barisan Nasional MPs and 22 from Gabungan Parti Sarawak (GPS).

The Barisan MPs have since retracted their SDs, while GPS announced yesterday that it would join the unity government.

“For the sake of the confidence of the rakyat, Anwar, as the Prime Minister, should prove that he has the support of the majority of members of the Dewan Rakyat,” said Muhyiddin, who was flanked by PAS president Tan Sri Abdul Hadi Awang, Gerakan president Datuk Dr Dominic Lau and other top Perikatan leaders.

He said that on Nov 20, a day after the conclusion of the 15th General Election, the Dewan Rakyat Speaker had written a letter to all party presidents to name their prime minister candidate who enjoyed the majority support of the Dewan Rakyat.

On the same day, the Speaker sent another letter to party presidents asking for the name to be submitted along with SDs, he added. 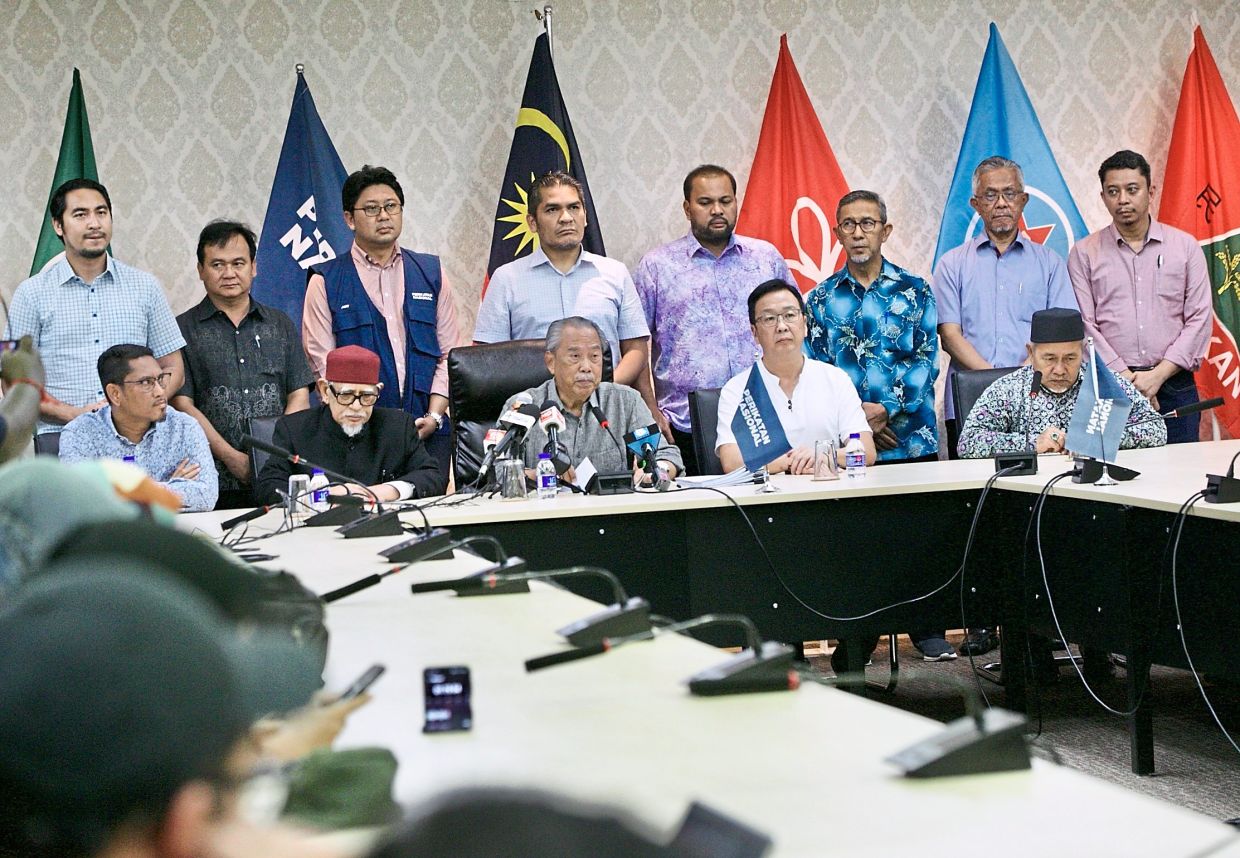 Following that, Muhyiddin said Perikatan had sent a letter from the PAS secretary-general, the GPS chairman, the Gabungan Rakyat Sabah (GRS) chairman and Parti Kesejahteraan Demokratik Malaysia (KDM) president expressing their intention to form a government together under Perikatan.

Perikatan, he said, submitted a total of 114 SDs, including the SDs from the 10 Barisan MPs, at 1.28pm on Nov 21, ahead of the deadline given by Istana Negara.

He said these were acknowledged as received by the Istana Negara, followed by another SD the day after.

“I believe that at that point, I enjoyed the majority of confidence from the members of the Dewan Rakyat,” said Muhyiddin.

Asked if he would table a motion of no confidence against Anwar when Parliament convenes, he said he would first allow the Prime Minister to show the necessary evidence.

“We shall wait and see.

If he can give the evidence, he should back it up with SDs, not just supporting letters, in line with the order of the Speaker,” said Muhyiddin.

He said this was important, as the rakyat wanted to know whether Anwar’s appointment was done in accordance with the Federal Constitution.

On Perikatan’s stance in an earlier statement yesterday that it was prepared to consider the King’s proposal for a unity government, he said he wanted to focus on the issue of Anwar’s appointment first.

Several top Perikatan leaders were believed to have held a meeting at Muhyiddin’s private residence earlier.