No place to stay: Tourism in Terengganu's mainland hampered by lack of hotel rooms 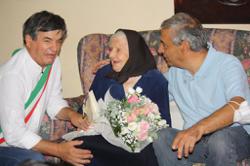 KUALA TERENGGANU: One of the top holiday spots among locals and international tourists - Kuala Terengganu however is finding it hard to accommodate the number of visitors flocking to the state all year round.

State Tourism director Fadli Yusof Zakaria said they have been receiving complaints of visitors being forced to sleep in mosques, while some had to take rest at the field near Terengganu's latest iconic landmark - their drawbridge.

"We get complaints from visitors who walk in on school holidays or those from Kelantan who wish to sleep in Terengganu but cannot find a hotel room.

"We also have those who were scammed by 'homestay owners,' sleep in mosques or at the field near the drawbridge," he said, adding that the situation is hyper-critical during school holidays.

Fadli said, currently Terengganu had about a total of 12,000 rooms on the mainland.

The small number of hotel rooms he said has hampered efforts to bring in more big local or Asean level events to the mainland.

"However in a way, it helped the homestay industry, and that is why we see the mushrooming of unregistered homestays," he said, adding that their visitors on weekends were mostly from Pahang and Kelantan.

He said the lack of hotel rooms forced some who wish to visit Kuala Terengganu to stay in Besut, which is about a two hour journey from the state’s capital city.

"Some would rent in Marang, if hotels in Kuala Terengganu and Marang were fully booked, they would look for rooms in Besut, Setiu or Dungun," he said.

Fadli said they received a lot of requests to bring in resorts but most are on the islands.

"There are many applications for land in the islands to open a resort, but on the mainland, they do not see any attraction or opportunity to generate income.

"But if you consider the capacity of the hotels, it is not enough.

"We want to organise programmes that exceed the capacity of 5,000 visitors but it is quite difficult because there are not enough hotels," he said.

To attract more travellers to the mainland of Terengganu, Fadli said they were establishing a centre of culture in Terengganu called 'Kampung Budaya Terengganu' where visitors can enjoy local food, traditional games and live performances.

He added that they also groomed and opened new tourist attractions in villages to create community-based tourism (CBT) nearby picturesque waterfalls and paddy fields among others.

"We open a new CBT on the mainland so more people are attracted to come here and not just the islands.

"The CBT will pose an impact on the local villagers as it will be able to help the transporters and eateries," he said.