Yusof is contesting in a constituency where the party has been widely divided following Mohamaddin's defection.

He had previously contested the Lahad Datu seat as an Umno candidate in the 2018 elections but lost.

He left Umno to join Warisan in December 2018.

Observers see Yusof as a strong contender to win the east coast seat for Warisan despite a strong challenger in Barisan Nasional-Umno's Datin Maizatul Akmam Alawi.

He will also be facing a newcomer, Pakatan Harapan-DAP's Sia Yu Hock.

"Mohamaddin won because of the party logo, not his personal political mileage," Lee said. 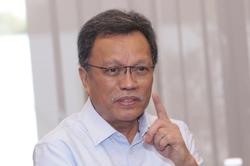