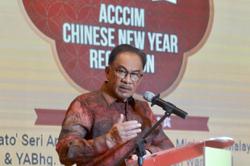 Its chairman Datuk Seri Saifuddin Abdullah said there was a need for a new and different development framework in order to resolve issues such as floods, water supply disruptions and economic woes.

"We are only promising what is practical on this Earth.

"A large part of the manifesto, even if it didn't touch on the economy directly, mentions economic needs," he said at the launch of the manifesto in Jerantut on Tuesday (Nov 8).

The other points in the manifesto were to ensure integrity and efficiency in governance, focusing on educational excellence, enriching the economy, empowering home ownership, maintaining a sustainable environment as well as dignifying youths, women and the elderly.

In addition, Pahang Perikatan also promised marriage assistance, aid for school-going children and to enhance the tourism and culture sector.

Under its religious empowerment pledge, Pahang Perikatan vowed to establish a governance system in line with the Syarak.

A second point under this pledge is the promise to protect the rights and harmony of groups from all religious and cultural backgrounds.

In its governance pledge, Pahang Perikatan wanted to restructure the tax and land ownership system to be more fair and equitable.

For the youths, a RM300 incentive had been promised for those who wish to obtain a motorcycle licence while 20,000 job opportunities with decent salaries would be created within five years.

Pahang Perikatan also promised to study the appointment of youth representatives in the state assembly.

For women, a special holiday up to 14 days would be given to female civil servants who had to care for chronically ill children. 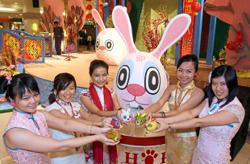