Thomas was ‘unfit to run AGC’ 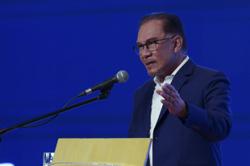 PETALING JAYA: Former attorney general Tan Sri Tommy Thomas lacked the experience to man the Attorney General’s Chambers and the only remedy he took to address the shortcomings of AGC was to appoint external lawyers, the declassified special task force report on the former AG’s book stated.

The report by the special task force (STF) was presented to the Cabinet on Sept 30 after the STF had completed its investigation into allegations published in Thomas’ book titled My Story: Justice in the Wilderness.

According to the report, the STF alleged Thomas to be completely incapable of running the AGC.

“Thomas was appointed as the Attorney General from the Bar.

“Though he is legally qualified to be appointed as the AG, he lacked the experience and management skills to head or be in charge of a large government department like the AGC, with over 2,000 legal officers and many supporting staff.

“Although Thomas was critical of what he perceived as the lack of experience of legal officers in certain areas of the law and their lack of commitment in their work, he did not take or initiate any measures to remedy these shortcomings.

“The only measure he took was to appoint external lawyers of his choice at the Federal Government’s expense,” stated the report.

The report stated that in the course of the investigations, which began on Dec 23, 2021 until Aug 22 this year, the STF conducted lengthy information-gathering before it wrote the report.

“We held consultative discussions with individuals and parties whom the STF considered as interested parties, stakeholders, government agencies or persons who could provide the STF with the relevant information and documents, including police reports made against Tan Sri Tommy Thomas relating to his allegations in his book.

“In all, there were 19 consultative discussion sessions involving 15 individuals and parties.

“On Jan 5, Thomas stated in a letter that he would not cooperate with the STF,” the report stated.

The STF had divided all the allegations published in the book into four issues.

“After further deliberations, there are four main issues which are: Judiciary; disclosure of government information and secrets; unauthorised actions, abuse of power and professional negligence; and seditious statements,” said the report.

Under “judiciary”, the task force listed, among others, “executive interference in the appointment of judges, forum shopping, and judges being overly close to the Executive or beholden to the Executive”.

Under unauthorised actions, abuse of power and professional negligence, Thomas was alleged to have acted “in excess of authority in the Equanimity (superyacht of 1MDB fugitive Jho Low)” and disclosed “information on Goldman Sach’s case”.

“From our analysis and observations into these allegations and the information and documents made available to us, it is our view that there have been possible infringement of the following laws and regulations: Section 124I and 203A of Penal Code, Section 23 of Malaysian Anti-Corruption Commission Act, Section 8 of Official Secrets Act 1972, Section 4 of Sedition Act 1948 and government regulations, procedures and circulars.

“Executive interference in the appointment of judges and its effect on judicial independence generally; unauthorised disclosure of government information and secrets; abuse of power; action taken in excess of authority; and professional negligence,” said the report. The task force was chaired by Sarawak Legal Adviser and former state attorney general Datuk Seri Fong Joo Chung, and seven other members who were appointed for their expertise on various matters.

The declassified report was released yesterday on the website of the Legal Affairs Division under the Prime Minister’s Department.

Published last year, the book was criticised by various quarters for allegedly containing elements of incitement, insults and defamation. 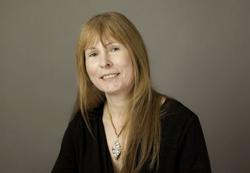 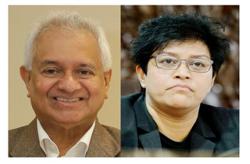