“We have asked for those seats where there are a majority of Chinese voters.

“But we will leave it to the Barisan chairman (Datuk Seri Dr Ahmad Zahid Hamidi) to decide,” the MCA secretary-general said at the launching of MCA’s Crisis Relief Squad (CRSM) mobilisation effort at Wisma MCA yesterday.

He was asked if Barisan would consider allowing the party to contest seats that were contested by Gerakan in the 14th General Election (GE14) in 2018.

In GE14, former Barisan coalition member Gerakan contested 11 parliamentary seats while MyPPP stood in Segambut. Neither won any of the seats in the last general election.

Both parties pulled out of the Barisan coalition shortly after GE14, with Gerakan subsequently allying with Perikatan Nasional in 2021. 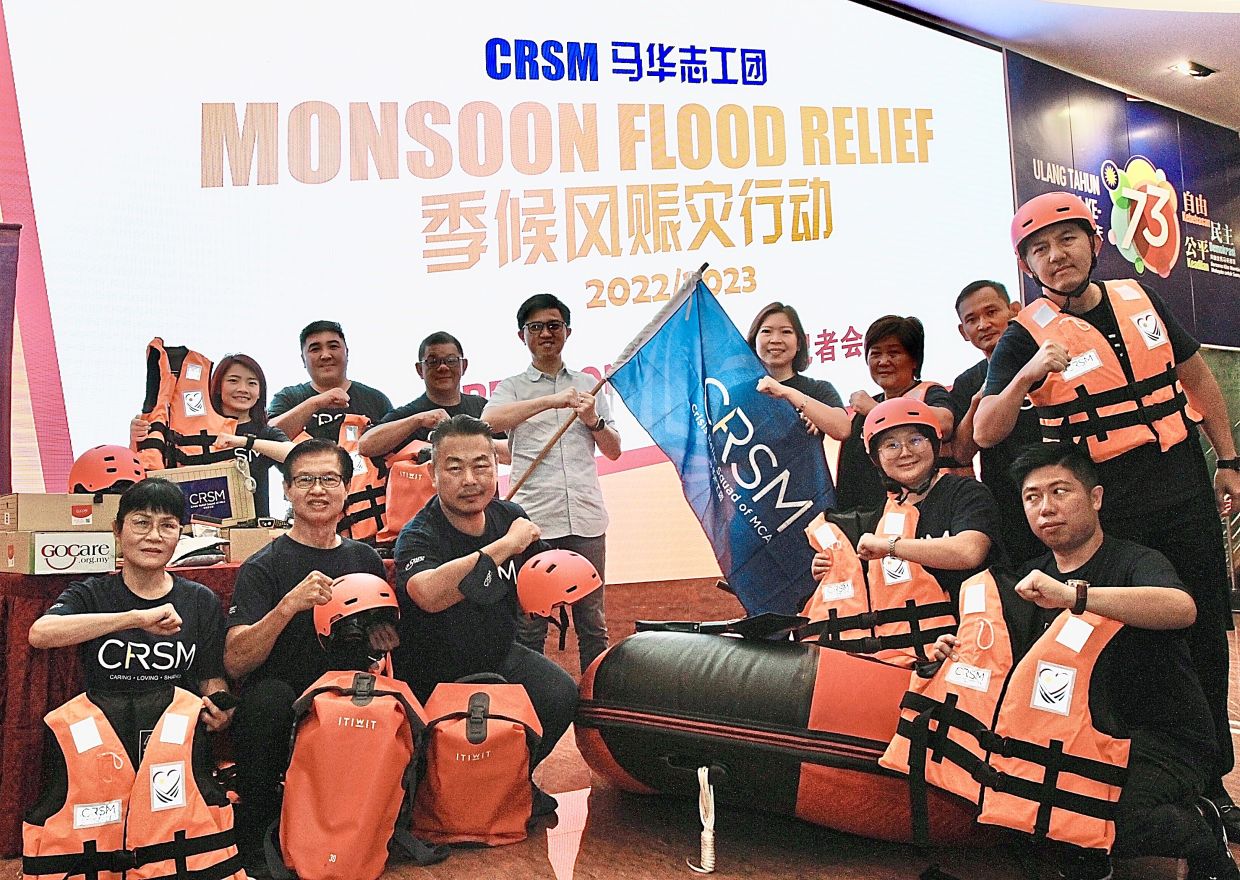 “It now depends on the final discussions between the respective party presidents and the Barisan chairman to iron it out. An announcement will be made by the chairman,” he added.

He noted that the issue of traditional seats was a pre-condition during discussions between the respective parties, particularly those involving seats once contested by Gerakan and MyPPP.

“Of course, during the discussions we will be talking about the possibility of swapping seats so that we will have more candidates or parties that can win the seats,” Chong added.

Meanwhile, Chong said that over 1,000 volunteers under CRSM were on standby nationwide to help flood relief efforts during the coming monsoon season.

“They include 132 elite teams who were specially trained by the National Disaster Management Agency (Nadma) to assist them in search and rescue operations,” said the MCA secretary-general.

The Meteorological Department (MetMalaysia) recently issued an advisory ahead of the coming monsoon season – expected to begin in mid-November – warning of heavy rainfall and possible floods.

Chong said CRSM, part of the Friends of Nadma network, had more than a decade of experience assisting in disaster relief efforts.

There are currently about 1,300 non-governmental organisations under Friends of Nadma, involving some 27,000 members nationwide.

Chong said Nadma had identified 5,496 flood hotspots nationwide and that CRSM would focus on the critical hotspots.

“Our focus will be on the three east coast states – Kelantan, Terengganu and Pahang.

“Also to be given focus are states such as Sarawak, Selangor, Negri Sembilan and Johor,” he added.

He advised residents in flood-prone areas to prepare a ready-to-go bag containing vital documents and essentials in case evacuation was needed due to fast-rising flood waters.

She also welcomed donations towards the flood relief efforts. Contact 03-2203 3920 or check www.gocare.org.my.