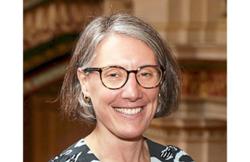 PETALING JAYA: Former envoy to Brussels and Islamabad, Ailsa Terry, has been appointed as the new British High Commissioner to Malaysia.

Terry will take up her appointment in July next year when current High Commissioner Charles Hay’s posting ends.

“Terry is currently the director of Sanctions at the UK’s Foreign, Commonwealth and Development Office (FCDO).

“Prior to that, she was the FCDO director of the G7 Presidency; and the deputy director of the National Security Secretariat in the Cabinet office,” the British High Commission said in a statement on Thursday (Oct 6).