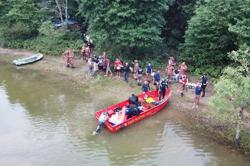 He said that the state government has proposed for the motorcycle lanes to be increased from 50 to 75 to reduce congestion at the Causeway between Johor and Singapore.

"Currently, we have 50 hybrid lanes. This means that the each of the lanes has both a booth for manual immigration clearance as well as Secured Automated Clearance System for Malaysian Citizen Motorcyclists (M-BIKE).

"We propose to demolish most of the booths of the manual clearance to make way for more M-Bike lanes. Based on the design we have come up with, the number of lanes could be increased to 75 where 67 will be M-Bike lanes while eight are hybrid lanes," he said in a press conference here on Wednesday (Oct 5).

He said other proposals include allowing two out of the six existing lorry lanes to be used by cars on the weekends and separating the lanes between workers and public buses.

"While the state government doesn’t have the full power to solve congestion issues at the CIQ as it involves agencies at the Federal level, we are doing all we can to ensure things will improve," he said.

On complaints of immigration counters at the checkpoints being empty, Mohamad Fazli said that the problem was due to lack of manpower.

"When the border was closed for two years, many Immigration officers that were previously manning counters at the CIQ were transferred to other places.

"This is part of the reason for the lack of manpower issue faced by the department. However, the department is in the process of bringing in more officers to man the checkpoints here," he said.