The lure of Lion City 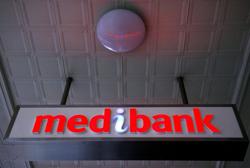 JOHOR BARU: The strong Singapore dollar seems to have little effect on Malaysians travelling across the Causeway, with money changers here continuing to report brisk business.

If that is not a good enough indication, one look at the traffic situation at the Causeway over the weekend would have confirmed it, with even the police struggling to contain the congestion.

A check at several money changers in and around the city showed that demand for the Singapore dollar has been steadily rising despite its strengthening against the ringgit.

The exchange rate for the Singapore dollar is now at 3.23.

“There are queues along the Eastern Dispersal Link, Jalan Tebrau and Jalan Lingkaran Dalam heading towards BSI.

“The peak hours usually start at about 2pm and can last till up to 2am due to the high volume of vehicles headed towards Singapore,” he told The Star yesterday.

He said more traffic personnel had been added to monitor the increased flow into the BSI.

“Though the ringgit is weaker these days, we still see a steady rise in customers.

“I think many do not mind the weak currency exchange rate as Singapore is the nearest to getting overseas and they do not have to fly there.

“Everyone wants to lose the cooped-up feeling,” he added.

Of Singaporeans purchasing the ringgit, he said such customers typically purchased RM1,000 to RM2,000 per go.

Chia, another money changer worker, said the weaker ringgit had only a slight effect on demand for the Singapore dollar.

“People are still purchasing Singapore dollars but in smaller amounts compared to when the borders first reopened a few months ago.

“Our customers usually bring RM300 to RM500 to see how much they can get in Singapore dollars,” he added.

Businessman Dennis Ho said the weaker ringgit did not scuttle his plans to cross the border for the Singapore F1 Grand Prix over the weekend.

“Being an F1 fan, I did not want to miss out on the big event, which had been cancelled for two years in a row due to Covid-19. I drove in on Friday and returned to Johor Baru after the weekend.

“My Singaporean friends were kind enough to let me stay at their home, so I managed to save on accommodation,” said the 34-year-old who usually crosses over once a month.

Sim Tee Seng, who operates a stall at a coffeeshop in Jalan Trus here, said he noticed more customers from other areas such as the Klang Valley and Melaka after the travel restrictions were lifted.

“Many of these customers usually head to Singapore on Friday to Sunday. They usually stop by my stall to buy boxes of yam cakes and chwee kueh (steamed rice cake),” he added.

Johor Immigration director Baharuddin Tahir said since the reopening of Malaysia and Singapore land borders on April 1, about 270,000 daily travellers were recorded at both the Causeway and Second Link. 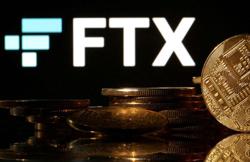