The Health Minister said the Parliamentary Select Committee (PSC), which went through the Bill, has approved the amendments, enabling it to be tabled on Thursday.

"Those in the committee will inform their own party members that it has been approved with all concerns related to the Bill addressed," he said in a press conference on Tuesday (Oct 4).

"While the Bill could be passed by the Dewan Rakyat on Thursday or after the Budget 2023 debate, it is still uncertain if it would be tabled in Dewan Negara if the Parliament is dissolved.”

He said just like other Bills that do not make it to Dewan Negara if Parliament is dissolved, it has to be tabled again in Dewan Rakyat by the new government.

On MySejahtera, Khairy said the Health Ministry accepted the recommendations and endorsement of the Public Accounts Committee (PAC) that the government take full ownership of the app to prevent abuse and to continue the use of the app as a digitalised public health management platform.

"Both of these are already in process with MySejahtera having added features of health and disease management.”

On the Health Ministry's MyHEALTH portal complaints section, Khairy said six complaints have been received since the section was set up on Oct 1.

He said it will be treated with utmost integrity without revealing the details of the complainants.

On the number of recurring Covid-19 cases, Khairy said from January this year to date, the number was 21,336 cases.

Khairy proves he is listening 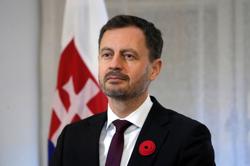