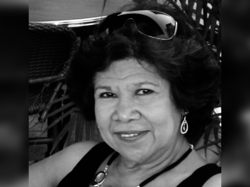 Golden voice: Constance was an English news presenter with TV2, and was well known for her lively shows on RTM’s English radio channel.

PETALING JAYA: Constance Haslam’s soothing voice on the airwaves in the 1970s to 1990s is something that many local radio listeners remember fondly.

For over two decades, she was a household name as a radio deejay and newscaster with the RTM and Rediffusion stations.

On Sunday, she passed away at age 77 in France, to where she had moved with her German husband Erwin Behr more than 20 years ago.

Acknowledged as one of the golden voices of radio, she opted out of service at the age of 45 after working for 26 years.

News of her death was first shared by her former colleague Patrick Teoh via a Facebook post yesterday.

“Woke up to the news that an old friend, colleague and former radio presenter has departed for the big radio station in the sky.

“A whole generation of us have listened to her. Reading the news, answering requests and spinning the top hits of the day.

“Farewell, Connie. And keep the music playing up there,” the veteran deejay and actor, 74, wrote.

When contacted, her cousin Anne Haslam said they were shocked and saddened by Constance’s demise.

“I grew up with her. I feel very sad ... Connie’s a really kind and generous person.

“She was always laughing and loved to talk. And she always kept in touch with everyone,” said Anne, 63.

Anne added that she had just been messaging Constance the day before she passed away.

“I did ask her how she was because she had a health issue – a problem with her nerve, sciatica.”

According to Anne, Constance had said she was doing better and was going to take her husband for his eye appointment the next day.

“They suspect she had a brain aneurysm. This is just shocking news,” said Anne.

Noting that her cousin had had an “illustrious career in broadcasting”, she remembered how Constance was once mobbed when they were at a shopping mall together.

“A lot of people knew her because she was a newsreader on TV and a radio announcer,” Anne said.

An English news presenter with TV2, Constance was also known for her lively programmes on RTM’s English radio channel.

She was also the host of the popular talent show Bakat TV in the 1970s.

Joseph Ho, 50, likened listening to Constance on the radio to hearing a good friend talk.

“Constance was a constant companion to so many of us who grew up outside KL, which only had one English radio station back then.

“Her crisp delivery and cheerful personality made it seem like I was listening to a friend talk.

“Thank you, Constance, for the years of entertainment, and spinning so much good music,” Ho added.

In a 2011 article published by The Star, Constance said: “Broadcasting in those days was interesting. I always found radio more challenging than TV because I could express myself in my voice.”

Another former colleague, Emile Moissanac, 83, described Constance as someone who was “friendly, very easy to work with and always willing to help out in any way”.

“We joined RTM on the same day in March 1964. Although I was transferred to Melaka in 1967 and then later to Johor Baru, we kept in touch.

“And after she moved to France, we would meet up whenever she came back for a visit.

“There were always a lot of jokes and laughter when she was around,” he recalled.

Constance is survived by her husband, a son from a first marriage and a granddaughter.