PETALING JAYA: The global standing of the Civil Aviation Authority of Malaysia (CAAM) as an aviation regulator has finally been restored with its reinstatement as a Category 1 safety and technical regulator by the United States’ Federal Aviation Administration (FAA).

This is something to be celebrated as it has been nearly three years since CAAM was downgraded to Category 2, says Transport Minister Datuk Seri Dr Wee Ka Siong.

FAA’s assessment covers CAAM’s role as an aviation regulator, and is not an assessment of Malaysian airlines or airports. But due to the Category 2 status, airlines licensed by CAAM will not be able to add new routes to and from the United States, or enter into new code-sharing agreements that involve flying there.

A Category 2 rating means that the country either lacks laws or regulations necessary to oversee air carriers in accordance with minimum international standards, or its civil aviation authority is deficient in one or more areas, such as technical expertise, trained personnel, record-keeping or inspection procedures.

“We are very pleased to share that today (yesterday), FAA has officially announced that Malaysia has regained Category 1 of the International Aviation Safety Assessment (IASA) rating, and for this extremely proud achievement, I applaud everyone at CAAM for their tireless effort and commitment to this success,” said Dr Wee, who kickstarted the transformation process in CAAM after he assumed the role of Transport Minister in March 2020.

As part of the change, Dr Wee brought in Tan Sri Mohd Khairul Adib Abd Rahman, the former director-general of public service, to be CAAM chairman, and career pilot Datuk Capt Chester Voo, to be CEO.

In November 2019, FAA announced that Malaysia was assigned a Category 2 rating under the IASA programme due to non-compliance with the International Civil Aviation Organisation’s (ICAO) safety standards after a reassessment of CAAM earlier that year.

“As part of the IASA programme, FAA assesses civil aviation authorities of all countries with air carriers that conduct flights to the United States or participate in code-sharing arrangements with US partner airlines,” Dr Wee said, adding that these assessments determine how diligently a foreign civil aviation authority is adhering to ICAO safety standards.

“The FAA assessment in 2019 found that CAAM needs to address 58 findings, whereby CAAM was able to resolve 25 of them in a relatively short time, while 33 other findings took much longer to resolve,” said Dr Wee, who gave a press conference yesterday in Montreal, the headquarters of ICAO, where he is attending the ICAO general assembly.

Capt Voo, who was among the delegation, expressed his gratitude to the ministry and the FAA for their support in CAAM’s reinstatement as a Category 1 regulator.

“There were 301 questions from the FAA audit that required 403 critical element responses, and I would like to express my gratitude to the FAA for its very instructive and very detailed efforts to achieve the best in safety for the civil aviation industry.

“I also like to thank the task force that I happen to be a part of as well, for assisting us in all the findings, and everyone. All stakeholders have been extremely supportive and helpful,” he said.

He said special mention must be given to Malaysia Airlines, AirAsia, AirAsiaX and Batik Air for their technical support and assistance.

“This has shown Malaysia is compliant and has now demonstrated that we have an effective safety oversight capability.

On behalf of all of our team, I would like to commit to all that we will be facilitating an inclusive aviation industry with no compromise on safety,” said Capt Voo.

Malaysia’s participation as an ICAO council member enables the country to contribute to the international civil aviation industry and provides an avenue to voice matters affecting national interest, while also raising the country’s standing at the global level. 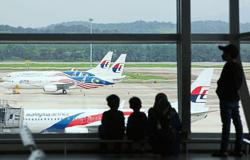 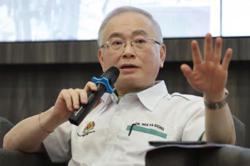