SHAH ALAM: The Shah Alam Sports Complex will be demolished to make way for a new state-of-the-art complex.

However, no date has been announced for the demolition of both the Shah Alam Stadium and the Malawati Indoor Stadium and redevelopment of the more than 80ha complex.

Malaysian Resources Corporation Bhd (MRCB) group managing director Imran Salim said existing structures would have to be torn down to resolve the issue of flash floods in the stadium, and a new moveable pitch be built instead.

“This is also to resolve traffic issues as well as provide more useable space in the form of green recreational areas to draw more visitors from the local community,” he said during a detailed presentation on the proposal for the redevelopment.

The new pitch will sit within the stadium bowl with a fixed roof on a raised platform with its own irrigation system, which will negate the use of surface drainage and also enable spectators to be closer to the action on the pitch. 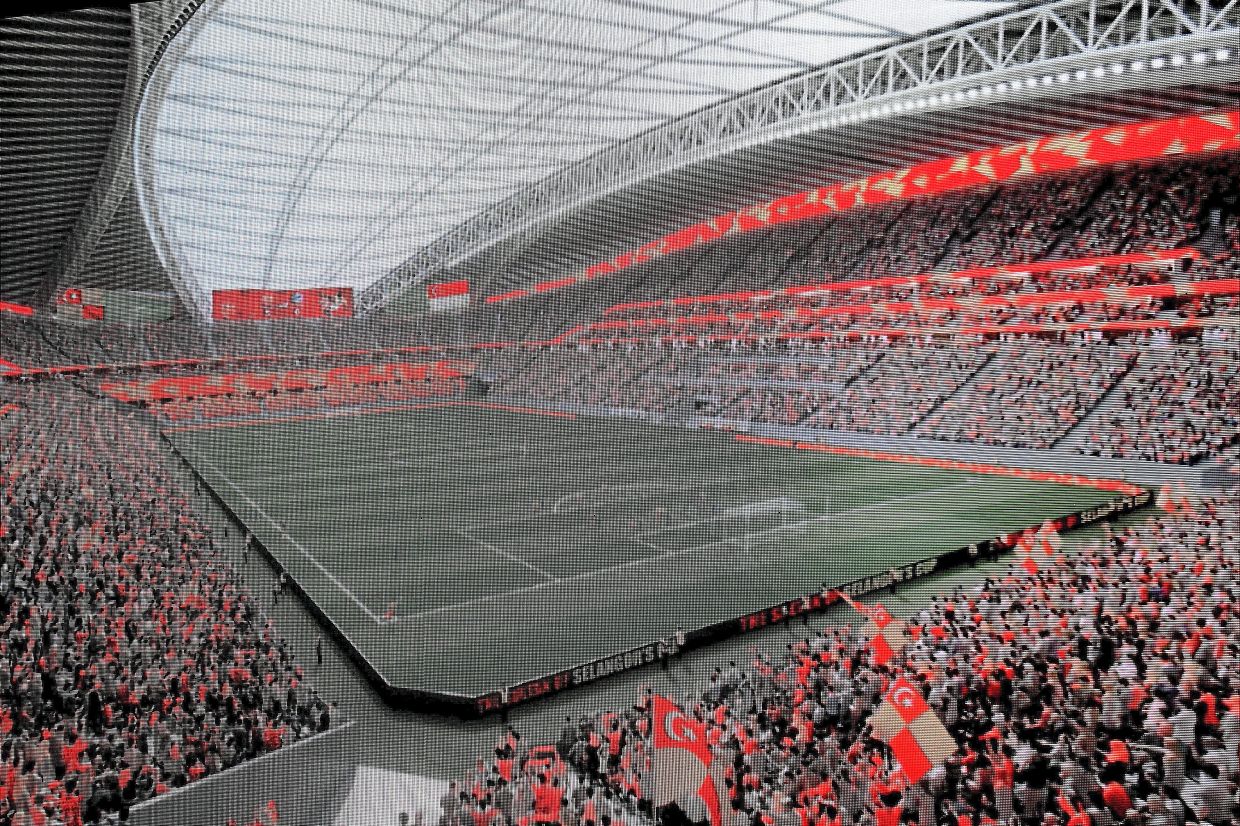 Futuristic look: An artist’s impression showing the initial concept design of the Shah Alam Sports Complex which was revealed during a redevelopment presentation in Shah Alam. — Bernama

However, the proposal does not include a track for athletics events, although open spaces around the complex could accommodate such a track in future.

The stadium can be converted for indoor or outdoor use with a movable pitch, and will be able to accommodate between 35,000 and 45,000 spectators.

Imran said that the multi-use stadium would be football-centric, and aimed to obtain Fifa certification to be an international tournament stadium.

Outside the stadium, the proposal includes wide walkways, open green areas, covered access to different modes of transportation, retail space, as well as other sports and multi-use facilities to draw visitors and enable the venue to be self-sustaining.

The final specification of the complex will depend on discussions with the Selangor government.

Imran said that the process of finalising the details and properly assessing the cost would take time, in addition to approvals from relevant bodies, and the entire process could take three to four years.

“The stadium will be run on a revenue model instead of relying on government budget as the goal is commercialisation to ensure sustainability,” he added.

“The new complex has been identified as having a high economic impact in one of the zones under the First Selangor Plan,” he said.

In July, Selangor Mentri Besar Datuk Seri Amirudin Shari said the project’s cost would be capped at RM787mil through a public-private partnership that would involve the developer being given land in exchange for building the entire complex.

A public display will be held this year to give the public a better understanding of the proposed development.

They can share their views on the project by emailing kssa.maklumbalas@gmail.com, as well as during the display.