KUALA LUMPUR: Police detained two suspects, a local man and an Indonesian woman, believed to have been involved in robbing an Indonesian restaurant worker of RM65,000 cash and jewellery worth RM11,000 at a shophouse in Taman Saujana, Puchong, near here on Thursday (Sept 29).

Wan Azlan said after assaulting the Indonesian restaurant worker, the three robbers escaped with RM65,000 cash and jewellery worth RM11,000 that was kept in a cupboard.

He added that following the victim’s police report at 7.39pm, police detained the two suspects in Subang Jaya on Friday (Sept 30).

"During investigation and interrogation, both suspects admitted to being involved in the robbery," he said in a statement on Saturday (Oct 1).

Wan Azlan said police recovered RM17,000 and various jewellery, believed to have been robbed by the duo.

He said police were still on the trail of two more suspects involved in the robbery.

Those with information about the incident can contact the District police control centre at 03-78627100 or call the investigating officer Insp Anthony John Sandanadas at 012-504 3470. - Bernama 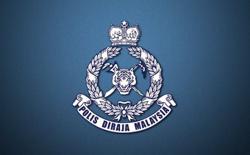