PORT DICKSON: Police have yet to receive any report of an alleged attempt by a man to kidnap a child in Kg Paya near here, says OCPD Supt Aidi Sham Mohamed.

He said police launched a probe after the owner of a Facebook account identified as Nur Arina Natasha posted the allegation on Wednesday (Sept 28).

"We have conducted checks on a brown-coloured Proton Saga with registration plate WXQ6546 seen in the FB account and discovered that the car actually belongs to a 60-year-old woman who has given it out on rent to a 27-year-old man.

"We also found that the vehicle is in Melaka and that the individual who rented it has no previous criminal record," he said in a statement.

Supt Aidi said upon further checks, it was found that the vehicle had not been in Port Dickson as claimed in the viral post.

He advised the public to exercise caution before sharing or uploading any news that is not verified as this could cause unnecessary panic. 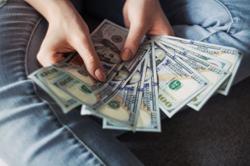