KUALA LUMPUR: Malaysia will experience a transitional phase of the monsoon beginning Oct 3 until November.

Malaysian Meteorological Department (MetMalaysia) director-general Muhammad Helmi Abdullah said the start of the phase would mark the end of the southwest monsoon that began on May 14.

"During the monsoon transition phase, the region will receive weak winds from various directions that are very conducive for thunderstorms, leading to short episodes of heavy rains and strong winds.

"This usually occurs in the evenings and earlier parts of the nights in most areas in the states on the west coast and interiors of the peninsula, west Sabah and central Sarawak," he said in a statement Thursday (Sept 29).

Muhammad Helmi said such weather conditions had the potential to cause flash floods as well as damage to unsound structures.

He advised the public to remain alert during the period and follow the weather forecasts and warnings issued by MetMalaysia through the department's official website or social media or through the myCuaca mobile application. 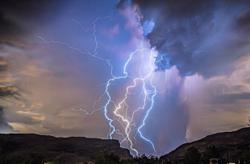