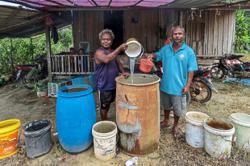 GUA MUSANG: The daily routine of some 400 Orang Asli in Kampung Bihai Lama, Pos Bihai, here has changed slightly following an incident early this year of a man mauled to death by a tiger in nearby Kampung Sau.

Since then, they have become more cautious and will arm themselves with a spear or a machete, especially when carrying out jungle activities.

However, they have been placed on alert again with claims of the presence of another tiger roaming in their neighbourhood.

"We often see tiger footprints every time we enter the forest but no report has been made to the Wildlife Department (Perhilitan) because we don't see it as a threat yet.

"Going through the forest is the only way for us to get to the river for our fish supply. So, we bring along our spears and machetes to protect ourselves against the wild animals,” he told reporters when met at Kampung Bihai Lama, Pos Bihai here.

One of the villagers, Mulian Alok, 50, said the villagers were still traumatised by the January incident of a man mauled to death by a tiger.

“Most of us now have pet dogs as the dogs will bark if it sees a tiger or other wild animals. Their barking will serve as a warning for us,” he added.

"I still have a phobia and am afraid of another 'Pak Belang' attack, so I remain cautious and avoid going into the forest,” he said.

Meanwhile, Kelantan Perhilitan director Mohamad Hafid Rohani said the department had yet to receive a report on the sighting of a tiger or its footprints in the Orang Asli villages.

He said the forest is the natural habitat of wild animals and their presence could not be denied.

"The Orang Asli hibernate with animals in the forests, so when they (Orang Asli) see tiger footprints, it does not mean a threat because tigers will run away when they see humans," he said. - Bernama

Shooting wildlife to death is the last option for Perhilitan 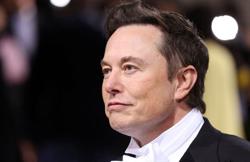