KUALA LUMPUR: Police have crippled a motorcycle theft gang with the arrest of six men and the seizure of six motorcycles.

They also seized a variety of motorcycle components and four frames.

Sentul OCPD Asst Comm Beh Eng Lai said a team from Sentul CID launched a series of raids in Kuala Lumpur and Selangor on Sept 20 and 21.

"We arrested six men, including two buyers, aged between 26 and 35.

"During these raids we also recovered six motorcycles and four motorcycle frames which were reported stolen around Selangor and Kuala Lumpur," he told reporters on Wednesday (Sept 28).

"Our investigations revealed the syndicate was led by a 26-year-old man known as Amir.

"His group targeted Yamaha and Honda motorcycles which they would either cannibalise for parts or sell on the black market," he said, adding that the group usually went for motorcycles parked in quiet and isolated areas.

He added that they would break the motorcycle handle lock and tow the machines back to a house.

"They would tamper with the vehicles' chassis and engine numbers before finding buyers.

ACP Beh said the suspects will be handed over to Gombak police after their remand periods ends on Wednesday as they have been linked to four motorcycle thefts there as well. 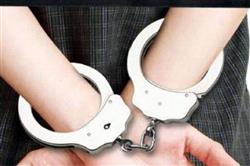