PETALING JAYA: Money changers have stopped accepting £20 and £50 notes printed on paper as these will cease to be legal tender after Friday.

Based on The Star’s checks, several money changers in Klang Valley have said they have stopped accepting these old notes, some as far back as months ago.

Malik Maju chief cashier Abu Dhalha Mohamed Sahabanali said that they are also only giving out new polymer notes as supplied by the dealers.

“To avoid any issues, we decided to stop accepting the old notes. We advised the public to exchange the notes at the UK central bank themselves,” he said when met.

With the recent depreciation of the pound against the US dollar, more people are pondering whether they have to sell the notes at lower prices, or bear the risk of losing the value altogether down the road.

“A lot of customers came to buy British pounds not only because of the reduction, but also because the old paper money will not be usable after Sept 30.

A money changer in Bukit Bintang, Nadia Nabila, said their outlet too did not accept the paper-based notes.

In June last year, the Bank of England (BOE) announced that the paper notes will no longer be legal tender from Oct 1 for the payment of goods and services in the United Kingdom.

The bank also said that it will not send banknotes by post and instead would deposit the money into the person’s bank account. 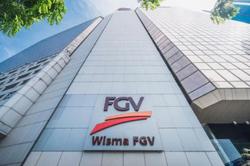