PUTRAJAYA: Harm reduction methods such as vaping and ecigarettes will not be necessary for Malaysians born after 2007, says Health Minister Khairy Jamaluddin.

He said in the Tobacco and Smoking Control Bill 2022, vapes and ecigarettes were allowed to be sold to those born before 2007.

However, he said there was no point in allowing those born after that to vape and use ecigarettes as a method of harm reduction as the intention of the Bill was to stop the younger generation from smoking.

Harm reduction is for those who already smoke, he said.

"So why would we allow (this) for those who haven't started smoking?

"That's what harm reduction advocates don't understand. They say vaping devices are less harmful compared to cigarettes and therefore we should allow them.

"This Bill does allow the purchase of vapes and ecigarettes for those born before 2007.

"But for those born after that, why are we even giving them the option to smoke anything?

"We are cutting off the initiation (through the Bill), which is what those advocates don’t understand,” he said after a fund distribution programme for mental health non-governmental organisations at the Health Ministry here on Wednesday (Sept 28).

Khairy added that the vaping industry had been unregulated all this while and could be considered illegal.

ALSO READ: GEG Bill must be back in Parliament by October

“But once the industry is regulated, harm reduction advocates could champion the use of vaping devices as a healthier alternative to smoking,” he said.

The Bill, which is also known as the “generational end game” (GEG) law, is set to be tabled in Parliament in October.

Under the Bill, it is proposed that individuals born on Jan 1, 2007 and later should not be allowed to smoke or purchase cigarettes and other tobacco products including vapes.

GEG Bill must be back in Parliament by October

Businesses to pen input on GEG Bill to PM 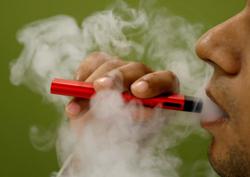 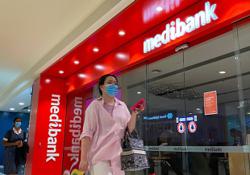