KUALA LUMPUR: A team of Health Ministry enforcers raided a beauty centre believed to have been providing illegal dentistry services and training in the Klang Valley.

During the four-and-a-half hour operation on Wednesday (Sept 28), enforcers who were roped in from several states confiscated various dental instruments which included dental probes, dental fillings and nickel-titanium wire which is commonly used for braces.

The authorities also confiscated a desktop that had records of certificates believed to have been issued to those who came for various courses including illegal ones such as veneer installation, whitening drips and platelet-rich plasma injections.

MOH dental officer, Dr Taufik Firdaus who acted as the lead raiding officer said a preliminary investigation found that the beautician, who denied having any helper, was not registered under the Malaysian Dental Council.

The premises, located in Danau Kota, Setapak that she was operating from were also found to be unregistered.

“We received a complaint from the public who suspected that the premises had been providing illegal dental treatment.

“(Today) we found dental materials that can be used as evidence. The case will be investigated under Section 4 (1) of the Private Healthcare Facilities and Services Act,” he said.

Section 4 (1) states that no person shall establish, maintain, operate or provide a private medical clinic or private dental clinic unless it is registered under Section 27.

Dr Taufik advised the public to be wary not to fall prey to unregistered medical practitioners.

The Star in July reported on the same premises that was found to have been providing a handful of dental courses before issuing worthless certificates to its "students".

The short courses, mostly just a few hours long with fees ranging between RM1,500 and RM3,000, also provided students with a starter kit to help them kick-start their own business including mobile dental services.

A journalist from The Star who attended the veneer course was given, among others, a polishing gadget, veneer composite, LED light, bonding agent, etchant gel, mouth retractor and other instruments, some of which are only sanctioned for use by medical practitioners. 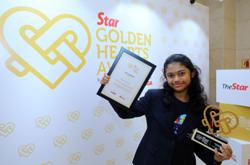