Going above and beyond their disabilities at work

A WORKSHOP in Seremban, Negri Sembilan, proved that persons with disabilities (PWD) are able to work effectively and productively if they are given the chance, reported Sinar Harian.

Seri Sembilan workshop manager Harunarrsheed Mohd Ibrahim said that he was impressed at the consistent quality of work delivered by the 28 PWDs employed there.

“My workforce comprise of those with varying degrees of disabilities from blindness to being deaf, with their ages ranging from 18 to 64.

“Even though their job is only to fold envelopes, it is still demanding as quality and standards must be maintained.”

According to Harunarrsheed, the workshop, which had been operating since 1984, had been given contracts from the Finance Ministry to supply envelopes to more than 400 government departments nationwide.

He also noted that while the workshop does have machines to do the work faster, he prioritises providing work to PWDs as he understands their struggles in finding jobs.

He added that in addition to accommodation and basic necessities being fully borne by the workshop management, the workers are also given a Disabled Workers Allowance (EPC) by the Social Welfare Department, along with cash incentives based on their performance, with an average monthly income of RM250.

> Siti Khadijah Halim has done such a fantastic job playing Aira in the drama Sekali Lagi Cinta Kembali, that it is hard to imagine she was not the director’s first choice, reported Berita Harian.

The 25-year-old actress overcame her initial disappointment and fully embraced playing the character Aira. In doing so she has impressed director Riza Baharudin and viewers of the show with her representation of Aira.

“There’s no denying that I felt a bit spiteful when I was compared to better actresses for the role, but thanks to support from my parents, friends and the team, I managed to get my head in the game and focus on doing the best I could.

“Sometimes I do go off script and add my own take on the character, which amuses Riza during shooting.

“Viewers also seem to love my acting as our drama is trending on social media, which makes me happy,” the up-and-coming star said.

Siti Khadijah added that she would love for her next project to be a psycho-thriller themed show, where she plays a character who acts as a manipulator of emotions and thought. 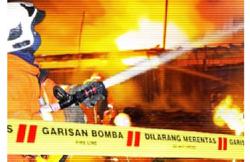 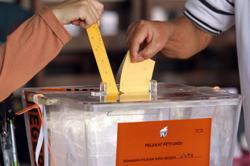