Barisan youth chief Datuk Dr Asyraf Wajdi Dusuki (pic) announced the appointment in a Facebook post on Tuesday (Sept 27), in which he expressed his joy at receiving a visit from Adi.

“Received a visit from Hero Mat Kilau, a famous actor who is also my friend, Datuk Adi Putra where we discussed many things including the challenges of diversifying the approach to funding patriotism values among today's youth.

“The explosive wisdom of Mat Kilau's film opens the eyes of many young people to study the history of their land with full appreciation,” he said.

Asyraf Wajdi who is Umno Youth chief added that he was glad that the movie star would finally be able to join the party and help to further spread their message in the upcoming elections.

“Adi Putra has been appointed as the icon of BN Selangor Youth but unfortunately, he was not able to join the BN Youth machinery launching ceremony recently because he was in the Holy Land.

“Now Adi is finally able and ready to spare some time to help the BN Youth machinery in the states leading up to the 15th General Election,” he said. 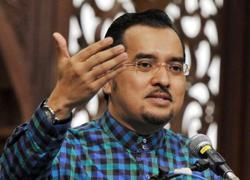 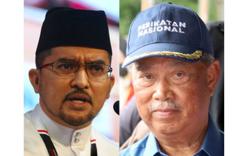