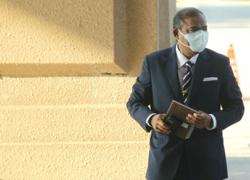 KUALA LUMPUR: The Attorney General's Chambers (AGC) has filed a notice of appeal in the case of Datuk Seri Dr Ahmad Zahid Hamidi who was acquitted of 40 corruption charges involving the Foreign Visa System (VLN).

A source who wished to remain anonymous confirmed that the notice was filed at 4.40pm on Monday (Sept 26).

Trial judge Justice Mohd Yazid Mustafa held that the prosecution had failed to prove a prima facie case against Ahmad Zahid and made the order for a discharge and acquittal.

Among the main reasons why the prosecution's case against Ahmad Zahid failed was because the three main witnesses lacked credibility, the judge said.

The court also doubted the credibility of a ledger - which was tendered as evidence - as there was some missing data regarding the inflow and outflow of funds allegedly delivered to Ahmad Zahid.

On the same day, Attorney General Tan Sri Idrus Harun said that the AGC will study the grounds for acquittal before deciding to appeal against the court's decision. 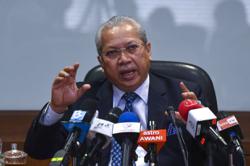