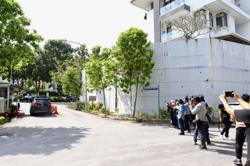 PUTRAJAYA: The Prime Minister must get the green light from the Cabinet before dissolving Parliament, insists Tan Sri Muhyiddin Yassin.

The Parti Pribumi Bersatu Malaysia president said that this was based on an agreement by Datuk Seri Ismail Sabri Yaakob with Perikatan Nasional before taking over the premiership.

"I do not want to challenge him to declare a date (to dissolve Parliament), as I have been there before but he signed the agreement that he will discuss with Perikatan before dissolving when we placed him in the post," said Muhyiddin.

The Perikatan chairman also claimed that the Federal Constitution stated that the Prime Minister must get the agreement of the Cabinet before advising the Yang di Pertuan Agong to dissolve Parliament.

"Yes, it was written in the memorandum of agreement when we made him the Prime Minister. It is in the spirit of the agreement.

“However, I know the majority of the Cabinet, as a number of them are from Perikatan, do not want to hold the elections now.

"The time is not right. We can wait for a few more months," said Muhyiddin to reporters at an event celebrating the sixth anniversary of Bersatu.

Earlier in his speech during the event, Muhyiddin said that the Prime Minister had not done enough to uplift the welfare of the people as there were more people in the B40 category now.

"We have to save the country as the Prime Minister has not done enough.

"I am not comparing him to myself when I was the prime minister and I am not here to teach him, but as a partner party in the government and (someone who) placed Ismail Sabri as the PM, I have to say it.

"But Umno is Umno and they are still hungry for power that they even took over the village heads.

"We are facing a different kind of war and we have to save the country from falling from grace as the experts have warned that the problems we have today will only get worse next year.

"At the next general election, we must change this government.

"Anybody can be the Prime Minister, it does not have to be me necessarily, but Perikatan should return as the government of the day so that people have enough food on the table," said Muhyiddin.

He also took a swipe at Ismail Sabri for not heading a council on the problems of the people but leaving it to a mere minister.

At the same event, Bersatu deputy president Datuk Seri Ahmad Faizal Azumu said that party members should not forget the reason the party was formed and not be selfish for their own gains.

"The party has come far from the days of having to paint our own party flags.

"The party was formed to fight against kleptocracy and abuse of power.

"Do not be 'musuh dalam selimut' (snakes in the grass) - saying something in front of us and something entirely different behind our backs.

"We held this event in the heart of Putrajaya as when we return to power, we will make Muhyiddin our Prime Minister again," said Ahmad Faizal, who is also the Youth and Sports Minister.

The event was attended by hundreds of Bersatu leaders and members from all over the country.

The party currently claims to have 700,000 registered members nationwide in 202 divisions. 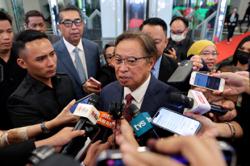