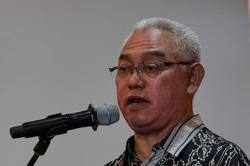 KUALA LUMPUR: Traders and the public at large have been reminded not to misuse the halal logo because it is considered as being insensitive to the Muslim community.

Entrepreneur Development and Cooperatives Minister Tan Sri Noh Omar said that such actions indirectly undermine the recognition given by the authority on halal food.

"I hope no party tries to misuse the halal logo, mock the halal logo...this matter is very sensitive because in our country, we have to respect religious freedom," he said after launching the Cashless Halal Food Festival here.

According to him, halal certification can benefit entrepreneurs who are seeking to advance their businesses, especially in the food and beverage sector, as it can attract Muslim customers in addition to non-Muslim patrons.

On the food festival, he said the event is expected to rake in RM1mil in sales.

Noh said the festival is also aimed at promoting cashless business transactions among the public in line with the government’s aspiration to raise financial literacy among members of Keluarga Malaysia (Malaysian Family).

He said entrepreneurs should use the cashless platform to drive their business growth and leveraging technology. - Bernama 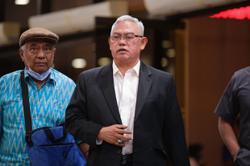