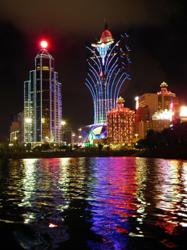 JOHOR BARU: The property market in the country is expected to go slow due to the looming recession that is predicted to occur next year.

Malaysian Institute of Estate Agents (MIEA) Johor chairman-elect Sr Chia Zi Jin said that the market also depended on the motion of the buyers, either to buy properties for investment or speculation.

“Investors would usually turn their money into properties to secure their financial strength, as properties have been proven as a strong and solid investment,” he said when met after the MIEA Johor meeting at Taman Johor Jaya, here, on Monday (Sept 12).

The property market has been quite active since the borders between Malaysia and Singapore reopened, with several developers conducting adjustments to their pricing.

“The adjustment is not done because the market is bad, but because due to the high price, developers would bring their houses to a more affordable range.

“The market in Johor did get affected during the pandemic, but not all as some developers still make money through their online sales and virtual tours of the properties,” he said.

Properties in Taman Mount Austin, Taman Bukit Indah, and Eco Botanic in Iskandar Puteri started to liven up after the border reopened, he said.

“This is also backed by the Singapore government policy of allowing workers to work from home, which prompted more Singaporeans to relocate to Johor and buy properties here due to the lower living expenses,” he said.

Meanwhile, MIEA Johor's former chairman Liew Toh Sen said that the price adjustment would be around 10% to 15% lower than the current market depending on the location of the properties.

“It will occur at some places like Taman Bukit Indah, Taman Johor Jaya, and Taman Ungku Tun Aminah, where the property market has matured and people actually buy properties due to their amenities and close proximity to the highway to Singapore.

“But for high-end properties, the market for purchasing will be slow as investors are still adopting the wait-and-see approach,” he said, adding that the pandemic has caused some buyers to be conservative and not as eager as before.

As for the rental property market, this will go on as usual as people who are working in Singapore will look for places to rent, especially those living outside of Johor, he said.

“Even the developers themselves have not launched any new projects, and even if they did, it would be mostly on the affordable projects as they too are still testing the market,” he added.

Meanwhile, MIEA Johor chairman Susan Tan shared that the body will be having its Annual Gala Dinner and Awards Recognising Night on Oct 1 this year at the Pekin Restaurant @ Daiman 18, Taman Johor Jaya.