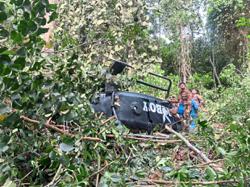 IPOH: Attempts to contact the pilot of the helicopter that went missing near Bidor were unsuccessful, with radar showing that the aircraft suffered a sharp loss of altitude, says the Civil Aviation Authority of Malaysia (CAAM).

Datuk Capt Chester Voo, the CAA chief executive officer, said a review of radar readings indicated a large loss of altitude in less than one minute.

ALSO READ: Search and rescue operation on for helicopter crash victims in Perak

"The radar system in Kuala Lumpur Air Traffic Control Centre (KLATCC) had recorded a sharp loss of altitude for the helicopter.

"The on-duty air traffic control officer tried to make contact with the pilot, but there was no distress call made," he said in a statement on Sunday (Sept 11).

The helicopter, with a single pilot on board, is said to have lost contact with KLATCC at 12.16pm.

A search and rescue operation is currently ongoing to look for the pilot and the helicopter at a forested area between Bidor and Langkap.

Search and rescue operation on for helicopter crash victims in Perak 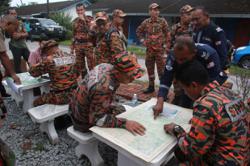 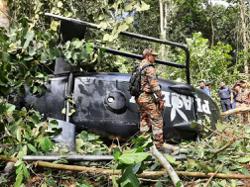