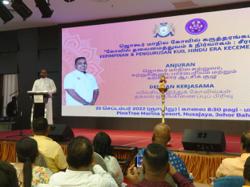 KUALA SELANGOR: The government is optimistic that the economy in the third quarter (Q3) of this year will show stronger growth based on current positive economic indicators, says Tengku Datuk Seri Zafrul Tengku Abdul Aziz.

The Finance Minister said economic growth was in line with the unemployment rate, which was recorded at 3.7% in July, compared to 3.8% previously.

He said the rate was also better than the unemployment rate during the pandemic, which was around 5.3% in May 2020.

"This shows a good trend, in line with economic growth which is still showing positive growth.

"The gross domestic product in the second quarter of 2022 showed excellent growth compared to the previous projection of 8.9%,” he told the media after launching Karnival Gegar Kerjaya 2022 here Saturday (Sept 10).

Tengku Zafrul said for the presentation of Budget 2023 on Oct 7, the government will focus on four main issues, namely the people, business, economy, and government.

"We want 2023 to be the year where we do reforms... for the global economy in 2023, which is expected to be more challenging, our country should be more prepared to take the right steps as the economic forecast for the next year depends on the global economic situation,” he said. - Bernama 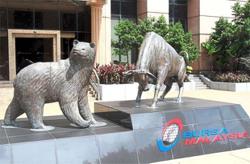